Post the security check, the duo were seen interacting with fans in the duty-free area of the airport to promote their upcoming film Baar Baar Dekho, the officials said 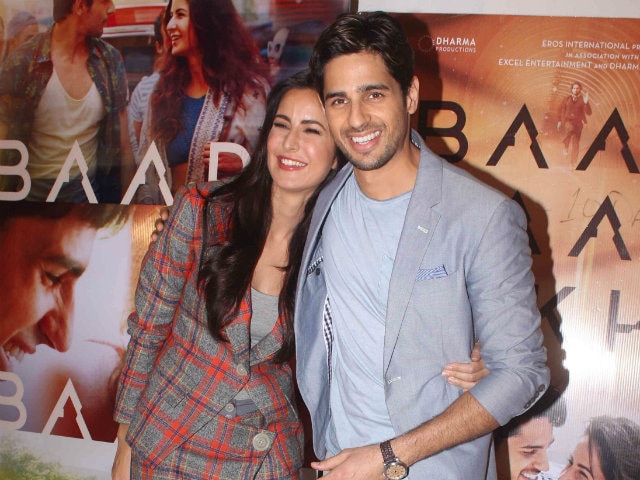 Actors Katrina Kaif and Sidharth Malhotra were offloaded by Air India officials after they delayed their flight from Delhi to Mumbai on Monday. The Baar Baar Dekho co-stars were allegedly so busy promoting their film at Indira Gandhi Airport's international terminal that they failed to board on time.
Officials said the incident was reported late Monday night after both actors checked in and got their boarding passes to fly to Mumbai on the Air India flight number AI-317.
After the security check, Katrina and Sidharth were seen mingling with fans in the duty-free area of the airport, officials said.
They said both actors were asked by airport officials to board the flight, scheduled for 9:40 pm, but that they kept delaying departure.
Finally, sources said, the airline decided to offload them at about 10:45 pm, after other passengers complained.
However, some Air India officials said the Bollywood actors were not deplaned, as they were issued boarding passes, but that "they chose not to travel as part of their own decision."
(Except for the headline, this story has not been edited by NDTV staff and is published from a syndicated feed.)