Key to Great Romance is Having Deep Respect for Each Other: Kareena Kapoor 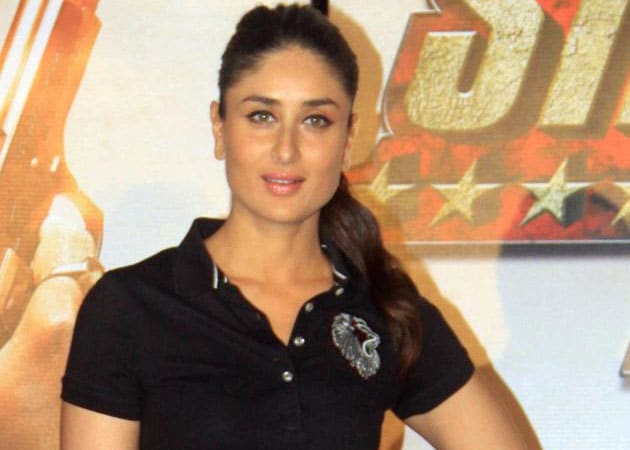 After watching Singham Returns, people will say that only Bebo could do this

Ques: You're back with your film Singham Returns
Kareena: Yes. Rohit (Shetty) is known for action and comedy. In this film, Ajay (Devgn) is doing action and I am doing comedy. I love comedy. Rohit taps that comic aspect in me and takes it a notch higher. I was laughing even when I was dubbing. It is so difficult to do comedy; you need to have that energy all along. Some scenes, like in the one where I am driving a rickshaw, I could see the entire crew around me laughing.
Ques: So now you know how to drive a rickshaw?
Kareena: Yes, I have an alternate profession in case this one doesn't work out.
Ques: With your talent, it is disappointing to see you mostly in masala/action films
Kareena: I think commercial films are really important. I am proud to have worked with the Khans, Ajay etc because they all have given me respect as an actress. For instance, my role in Singham Returns. After watching the film, people will say that only Bebo could do this. Every actor brings to the table his/ her individual energy and this one needed mine.
Ques: You'd do great in women-oriented roles, but you've turned down some films which went on to fetch awards for the actresses who replaced you.
Kareena: I don't regret turning down those films and I am saying this from the bottom of my heart. I am truly happy for the actresses who won awards for those films. I am at a stage in my life where my priorities have changed. I expect people to respect that decision of mine. I have been here for 15 years. I don't need to prove anything to anyone.
Ques: You also prefer working in familiar set ups.
Kareena: Yes, but that has changed now. In my next film, I am working with Kabir (Khan) who I had not even met earlier. So I am hoping that this would be something new and fresh. Salman is producing the film and it belongs to the commercial category. I love masala films; I am a true blue Kapoor girl. Even now when I think of being part of something like Singham Returns, it gives me goosebumps.
Look at Gwyneth Paltrow. Even though Iron Man is all about the titular character, Gwyneth is always an integral part of the film. It's the same with me and Singham. You know it is not about hankering after woman-oriented films. I like films like Revolutionary Road, Arth, Abhimaan, Aradhana. Now those are great roles. I hope such scripts come my way.
Ques: You seem to put more emphasis on relationships than being ambitious
Kareena: Yes, people who know me understand that and I can't change. For me, success and failure is the same thing. Jab We Met is as much my film as Gori Tere Pyar Mein. The other films might have become super successes, but the fact is that my life will go on amazingly well either way. But I must say that I understand the need to go through better scripts, so right now I am reading two new scripts to look for good content. Unlike people's perceptions, I am not competitive or ambitious. But I am hard-working. I have done films for free for some of my friends, now that's not being ambitious, is it? I know I have always taken decisions with my heart and I want to be known as an actress who has done that. At times, I have taken a beating for it; I have fallen but I stood up after that. It is like being in a relationship; some action has to keep happening for it to go on. I have done some Geet-like (her character in Jab We Met) spontaneous mistakes which have backfired. But I am fine. I have reached this far without being ambitious. I am content. I married the man I wanted to and when I wanted to.
Ques: And that man went on to do a role in Humshakals.
Kareena: You cannot crucify us for our mistakes. We, husband and wife, are a lethal combination of talent and mistakes. Seriously, I think that Saif is one of the finest actors we have. Just watch him in Happy Ending, he will blow everyone away.
Ques: Do you have to work at keeping the romance alive?
Kareena: I think if you give each other enough space, it will keep the romance alive. He is in London right now and I am here, so I am excited about meeting him on his birthday. He is a totally secure man. I think the key to great romance is having deep respect for each other.
Ques: Two years after marriage, would you still recommend it? Kareena: Yes, to a really hot, sexy, successful Nawab. I already like that answer of mine. (Also read: Kareena Kapoor: Sara is Not Interested in Films )