Khan vs Khan: Shah Rukh and Aamir in Box Office Clash of Sorts 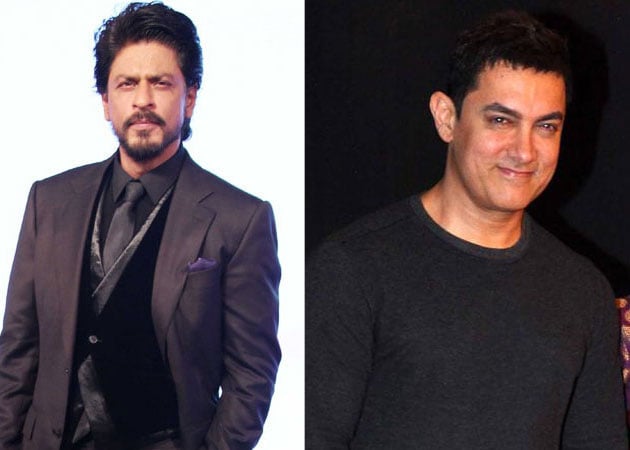 Aamir Khan is now looking to release the first trailer of Peekay on the same day as that of SRK?s Happy New Year.

There now seems to be a clash of sorts in the making between SRK and Aamir, who also wants the trailer of his film Peekay, co-starring Anushka Sharma, to release on the same day.

It's hard keeping up with the Khans. Shah Rukh and Salman hugged each other warmly at an iftaar party hosted by a local politician recently, and SRK has even mended some bridges with Ajay Devgn who agreed to attach the trailer of Happy New Year, starring SRK and Deepika Padukone, to his Singham Returns which releases on August 15.
However, there now seems to be a clash of sorts in the making between SRK and Aamir, who also wants the trailer of his film Peekay, co-starring Anushka Sharma, to release on the same day. (Also read: Aamir Khan's Peekay Won't Clash With Anees Bazmee's Welcome Back)
Happy New Year is a Diwali release while Peekay won't release till December. So, why Aamir wants the trailer of his film out so soon is a question that begs an answer.
It's possible that with Salman Khan taking pride of place as the most consistent performer at the box office right now, the rivalry between the Khans is now mainly between SRK and Aamir. Last year, SRK's Chennai Express shattered the box office record held for three years by Aamir's 3 Idiots to become the highest grossing Bollywood film worldwide. Aamir then reclaimed his own record by ending the year with a Dhoom, outstripping Chennai Express collections by Rs 100 crores.
Aamir may simply be taking advantage of the 100 crore lead. Both films - Happy New Year and Peekay - are helmed by directors who have previously delivered blockbuster hits for their particular Khan. Farah Khan and SRK have collaborated on Main Hoon Na and Om Shanti Om, Rajkumar Hirani and Aamir on 3 Idiots. (Also read: There is no Problem With Shah Rukh Khan: Ajay Devgn )
Watch: