Kick, Bang Bang! Nominated for Stunt Awards in US 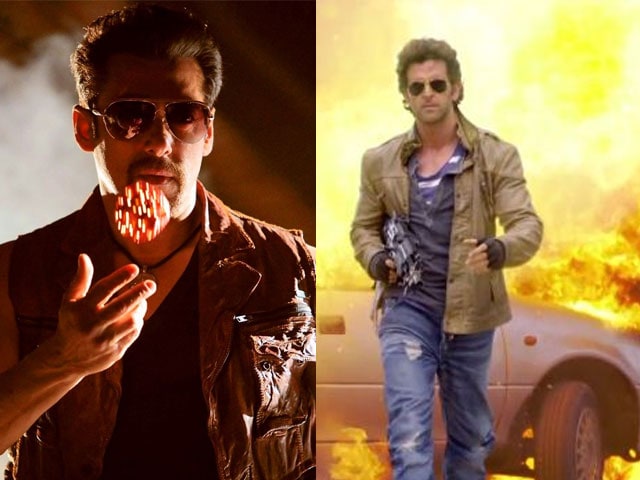 A still from Kick (left) and Bang Bang!

Salman Khan's Kick is reportedly up against The Expendables 3, 22 Jump Street and Transformers: Age of Extinction for Best High Work Award

Bollywood blockbusters Kick and Bang Bang! have been nominated in Taurus World Stunt Awards alongside Hollywood biggies like The Amazing Spider-Man 2 and Transformers: Age of Extinction. (Also read: Salman Khan Feeds Monkeys on the Sets of Prem Ratan Dhan Payo)
Salman Khan's Kick is up against The Expendables 3, 22 Jump Street and Transformers: Age of Extinction for Best High Work Award, read taurusworldstuntawards.com.
It is also nominated in Best Stunt Rigging category along with 22 Jump Street, Captain America: The Winter Soldier, Transformers: Age of Extinction and X-Men: Days of Future Past.
Hrithik Roshan's Bang Bang!, which has several death-defying stunts, may bag the Best Fight award if it manages to defeat 300: Rise of an Empire, Captain America: The Winter Soldier and John Wick.

It has even won nomination for Best Work With a Vehicle. Other nominees are The Amazing Spider-Man 2, Captain America: The Winter Soldier, Need for Speed and Nightcrawler.
The Hindi movie with power-packed action scenes is also nominated for Best Specialty Stunt award. It will vie against Dumb & Dumber To, Fury, Need for Speed and Pompeii.
Bang Bang!, which also stars Katrina Kaif, may get honoured with Best Overall Stunt By a Stunt Woman at a ceremony to be held in California on May 9. Other contenders are Need for Speed, Pompeii, The Sacrament and X-Men: Days of Future Past.
Taurus World Stunt Awards in the form of a Taurus statuette is given annually to members of the Taurus World Stunt Academy for outstanding stunt and stunt-related achievements in eligible, theatrically released motion pictures.