Kiran Rao Will Not Act in Aamir Khan's Peekay 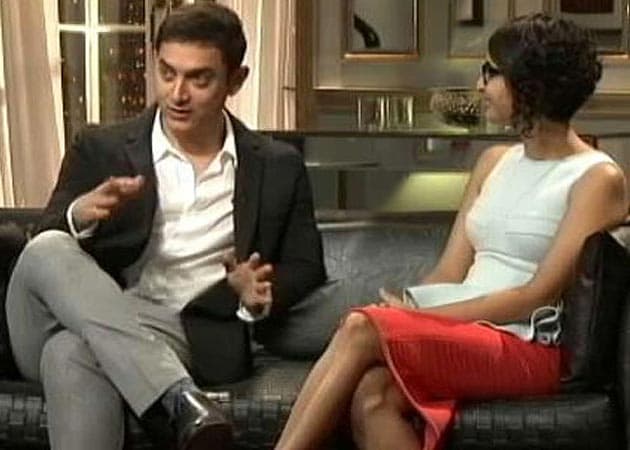 Aamir and Kiran were seen together on the small screen on Koffee With Karan?s latest season

Filmmaker Kiran Rao is not too keen to face the camera anytime soon. The director, who is married to Bollywood actor Aamir Khan, has reportedly refused to act in director Rajkumar Hirani's next film, Peekay which features her husband in the lead role. The role in question was that of a 'nautch girl' and the director even narrated the script to Kiran, only for her to develop cold feet and back out.
Meanwhile, Aamir is keen that Kiran should try acting too. The actor's attempts at coercing his wife to act have all failed till now. This includes his attempt to get her to play a key role in Dhobi Ghat which was also her debut as a director. Kiran had then backed out citing that she was not ready to handle multiple tasks of an actor and director.
Watch Video: