They aren't shy to slap a cop, of public display of affection (to put it mildly) on traffic signals.

And when good looking man walks away, the girl doesn't wait for him to palat. She would rather enjoy the view of his you-know-what Ranveer Singh, Vaani Kapoor in a still from Befikre trailer

Wherever Ranveer Singh goes, craziness follows. And when you have Vaani Kapoor, crazy goes wild in Befikre trailer.
Befikre is a fresh take on love story, where the lead pair refuses to say those three magical words. But the electric energy between Dharam (Ranveer) and Shyra (Vaani) is contagious.
They are carefree and always ready to take a dare with the city of love, Paris in the background.
They aren't shy to slap a cop or display affection in public (to put it mildly) on traffic signals.
And when a good looking man walks away, the girl doesn't wait for him to palat. She would rather enjoy the view of his you-know-what.
It is risque, it is fun but will it have engaging story to fall in love with Dharam and Shyra in Befikre? Only time will tell. Meanwhile, watch the trailer here:

The trailer of Befikre was launched in a big event at the Eiffel Tower on October 10 which had the city's Mayor Anne Hidalgo and Dr Mohan Kumar, Indian Ambassador at France in attendance. Vaani wore a beautiful Blue Alexis Mabille gown, Bvglari jewels and Aperlai Shoes while Ranveer looked dapper in a blue tailor-made three piece suit. 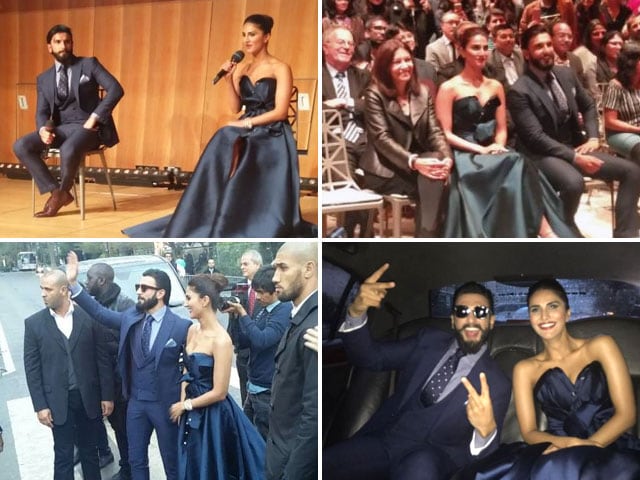 The actor was upto this as well: