Konkona Sen Sharma: Heartless Not to be Moved by Aarushi Story 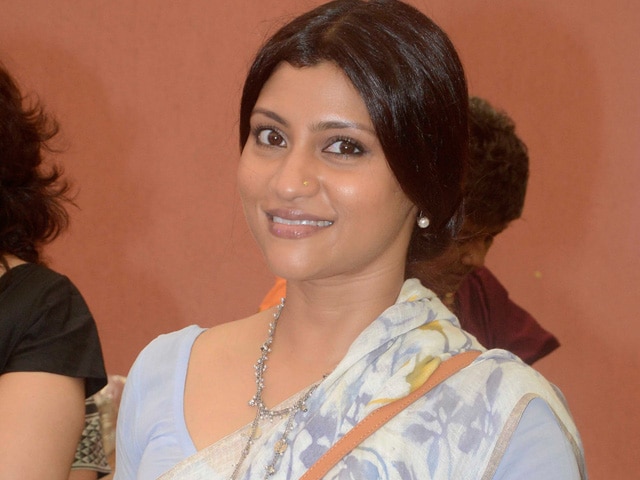 "I think you would be heartless not to be moved emotionally by this because it is such a horrific tragedy that has occurred to a family, how can you not be moved by it," Konkona said at the trailer launch of the film

Konkona Sen Sharma, who in Talwar plays the mother of a character based on teenager Aarushi Talwar whose sensational murder rocked the nation, says that no one can avoid being emotionally moved by the tragic story. (Also Read: Passionate About Making a Film: Konkona)
"I think you would be heartless not to be moved emotionally by this because it is such a horrific tragedy that has occurred to a family, how can you not be moved by it," she said at the trailer launch of the film.
Sharing her experiences about playing the mother of a girl who is brutally murdered, Konkona, who is also a mother in real life, said she could hence she could relate to her character even better.
"Of course, as a mother today, it has an even stronger impact on me while enacting those scenes. I don't think you need to be a mother to understand the horrific nature of the tragedy. Human empathy is such that you can empathize with the misfortune and tragedy among others. It's just like you don't have to be in Nepal to experience earthquake to truly grasp the magnitude of it."
Konkona plays a mother to Avika Gor in the film. Neeraj Kabi plays her husband and Irrfan Khan is the chief investigating officer of the horrific case while Tabu plays the girl's aunt in the suspense thriller.
Talvar has been directed by Meghna Gulzar and is being produced by Vishal Bhardwaj who has also composed the music for the film.
Another film, Rahasya, starring Tisca Chopra and Kay Kay Menon, also released this year and which was also based on the Aarushi murder case, went on to celebrate 100 days at the box office.
Noida teenager Aarushi and domestic help Hemraj were found murdered and after numerous twists, turns and court cases, her parents were convicted of committing the brutal murder. They have appealed the verdict.