Kriti Sanon and Harshaali Malhotra Had the Best Sunday Ever 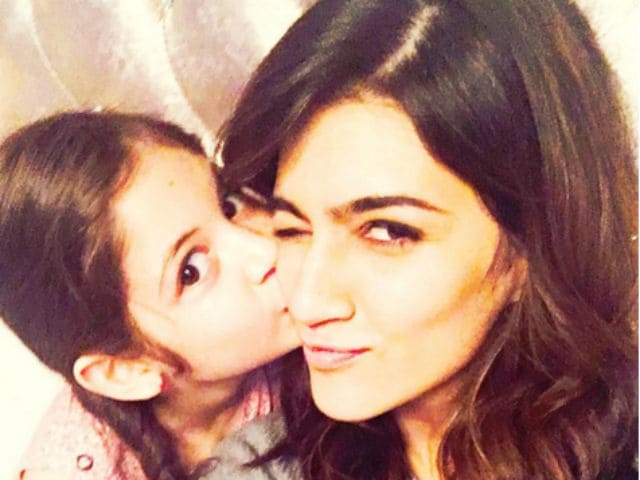 This image was posted on Instagram by Kriti Sanon.

In Salman Khan's Bajrangi Bhaijaan, which released last year, Harshaali played the speech-impaired Munni and received several awards. Kriti Sanon, who was last seen in Shah Rukh Khan's Dilwale, is currently busy filming Raabta with Sushant Singh Rajput. She made her debut in Bollywood with Heropanti

Child actress Harshaali Malhotra, who made headlines for her spectacular performance in Salman Khan's Bajrangi Bhaijaan, had a wonderful time with actress Kriti Sanon on Sunday.
Kriti, 25, has been shooting for a brand with seven-year-old Harshaali. In between takes, both of them had a lot of fun posing for pictures and having a pillow fight.
Harshaali, who looked adorable in a pink and white frock, had a go on the swing:


N then wen i become a kid too!

Kriti taught Harshaali to pout for a picture and said that the little girl did it better than her.


I taught her how to pout and she did it better than me!! @harshaali2008_official


In between shots Pillow Fight @harshaali2008_official