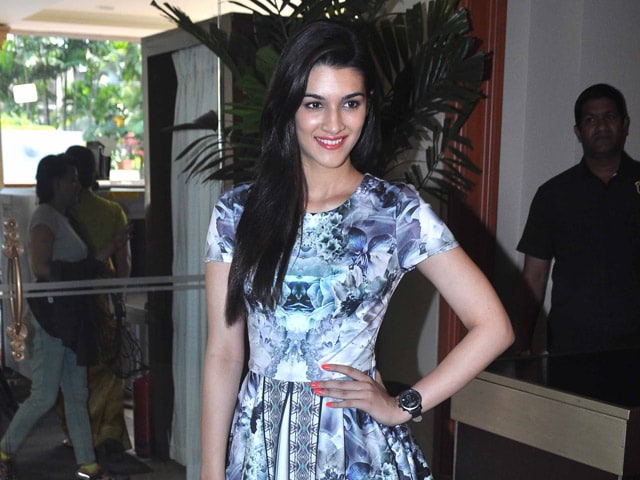 Kriti Sanon at an event in Mumbai.

"I hope I get an opportunity to work with Akshay Kumar and Prabhu Deva," said Kriti Sanon

Actress Kriti Sanon, who made her Bollywood debut with Heropanti, has stepped out of Singh Is Bling due to constant delays and she said that it's very unfortunate that she couldn't do the film.
Directed by Prabhu Deva, Singh Is Bling features Akshay Kumar in the lead role and Kriti hopes that she will get the chance to work with both in future. (Also Read: Amy Jackson Replaces Kriti Sanon in Singh Is Bling )
"I feel disappointed as I really wanted to do that film. I hope I get an opportunity to work with Akshay Kumar and Prabhu Deva as they are very supportive people," Kriti told reporters in a group interview.
"I think it's unfortunate that I was not able to do that film but someday I will get to work with them," she added.
The actress, who even started learning karate for the film, said that skills never go waste.
"As far as learning is concerned, you are adding this to your talent. Whatever you learn will never go waste. It will be beneficial for me in future," she said.