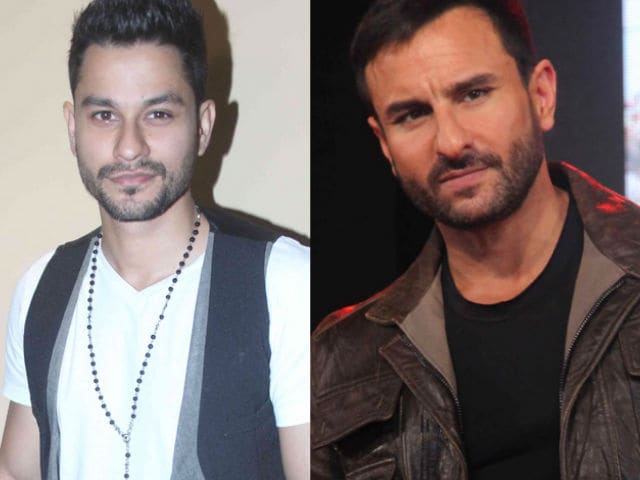 "Saif and I collaborated on Go Goa Gone and discussed the project extensively. Other than that, people perceive us in a different way. Like when we meet, we discuss films. In our case, we have been in films every single day of our lives. We don't really talk about films so much," said Kunal Khemu

Actor Kunal Khemu said that he does not discuss his career with his brother-in-law Saif Ali Khan.
Kunal is married to Saif's sister, actress Soha Ali Khan.
Kunal shared screen space with Saif in the 2013 film Go Goa Gone.
"Saif and I collaborated on Go Goa Gone and discussed the project extensively. Other than that, people perceive us in a different way. Like when we meet, we discuss films. In our case, we have been in films every single day of our lives. We don't really talk about films so much but obviously when movies are up for release you discuss what the movie is about, how happy are you with the movie. We never discuss what I should do in my career or whether I should do this kind of a role," Kunal told PTI.
Kunal also said that he was scared of getting married initially.
"I was very scared of getting married. Both of us were because everybody says things change after marriage so we got married at home to make sure nothing changes. We are more calm now. Because everybody was asking us about marriage, our families, friends, the press. So that's gone. We both are relaxed. Life is pretty much the same. We have been in a very comfortable space because we have also lived together before we got married," added Kunal.
When Kunal was asked whether he plans to feature in a film with Soha, he said: "Firstly we will never do a movie together just because it is offered to us. If she likes it as an actor and if I like it as an actor only then will we collaborate. So there is no effort from our side to say oh let's find a film to do together."
Kunal will be seen next in Guddu Ki Gun. He said that he does discuss film projects with his wife but so far marriage has not influenced any of his movie choices.(Also Read: Kunal Khemu: Soha Doesn't Interfere in my Films)
"We connected as friends first and we value each other's opinion a lot as actors also. When a film comes our way, we discuss it with each other, pros and cons, what we think. Obviously, the decision finally remains with us. We respect each other's decisions," said Kunal.
So far it (marriage) hasn't affected my choices. I don't think it should. It should be your own decision like enough of this and these kind of films, now I want to do that. I still wouldn't do the films I didn't if I weren't married and I still would do the films I do, now that I am married," added Kunal.