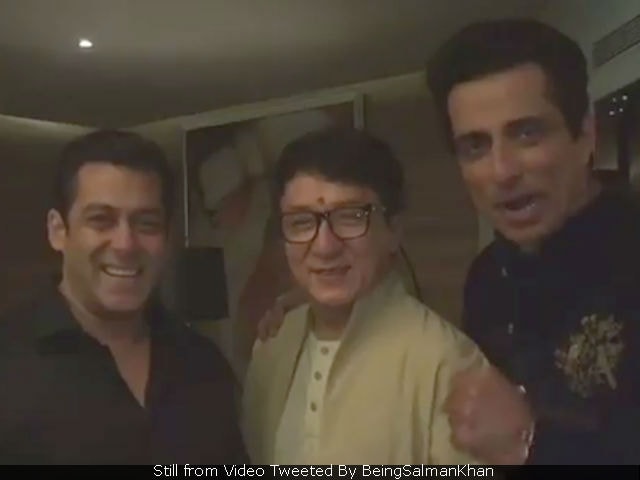 Sonu told news agency PTI, "Salman is very sweet. He told Jackie Chan that I'm his one of the most favourite people in the industry. And whenever something good happens in my life he feels as happy as I do. Those words were very special and at the same time they motivate you in life to work harder." Salman had shared Kung Fu Yoga trailer first.
Jackie Chan, 63, received a warm welcome at the Mumbai airport on his arrival. His co-star Sonu Sood made sure that his visit is a memorable one. During Mr Chan's stay in India, apart from Salman Khan, he also met other B-Town celebs including Shilpa Shetty, who told the press that she is a big fan of the action star. Mr Chan and Sonu also appeared on The Kapil Sharma Show to promote their film.
Kung Fu Yoga is part of the three-film agreement signed between India and China during Chinese President Xi Jinping's visit to India. The action-comedy film is directed by Stanley Tong and has been shot in India, Dubai and Beijing. The film releases in China on January 28 and in India on February 3.