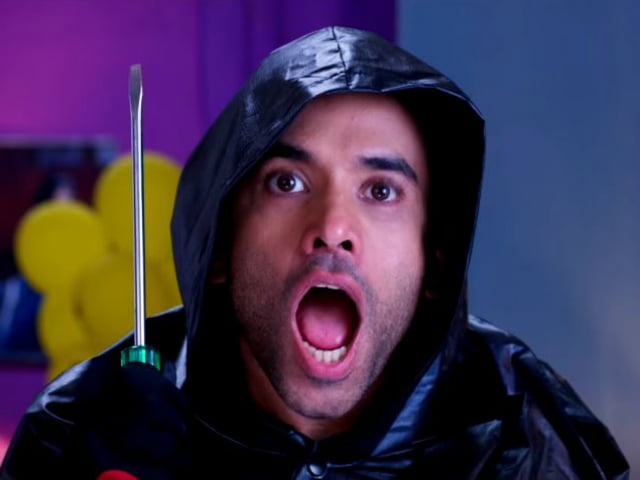 "The film is full of nudity and has a lot of vulgar content in its dialogues. The board has officially disallowed the film from public viewing," said the country's Central Board for Film Certification chief Mobashir Hasan. Some cinemas had started screening the film since Friday but they got orders to suspend the screening

Aftab Shivdasani and Tusshar Kapoor's Bollywood adult comedy Kya Kool Hain Hum 3 has been banned in Pakistan after the country's censor board decided that the movie was unsuitable for public viewing.
The Central Board for Film Certification (CBFC) and its provincial censor boards decided after a meeting on January25 that the film was unsuitable for public exhibition.
CBFC chief Mobashir Hasan said the film was found to be an "out and out obscene film" with vulgar dialogues and nudity.
"The film is full of nudity and has a lot of vulgar content in its dialogues. The board has officially disallowed the film from public viewing," he said. (Also Read: This Director Will 'Not Watch' Kya Kool Hain Hum 3)
Mr Hasan said the film couldn't be allowed for public viewing even with an adult rating as it was overtly vulgar.
Interestingly, some cinemas had started screening the film since Friday but the general manager at a cinema said that after just two days they got orders from their distributor to suspend the screening of the film, which has reportedly grossed about Rs 130 million in India in its first two days of release.
"We have issued a showcase notice to the distributor and he faces a hefty fine for importing this film and selling it to some exhibitors without first going through proper channels," Mr Hasan said.
Fakhre-Alam, chairperson of the Sindh Board of Film Certification (SBFC) said that all the provincial censor boards, including Punjab and Sindh, found it unsuitable for public exhibition in cinemas.
Directed by Umesh Ghadge, Kya Kool Hain Hum 3 revolves around two boys, who end up joining the adult film industry, but pretend to have different professions to impress their girlfriends' families.