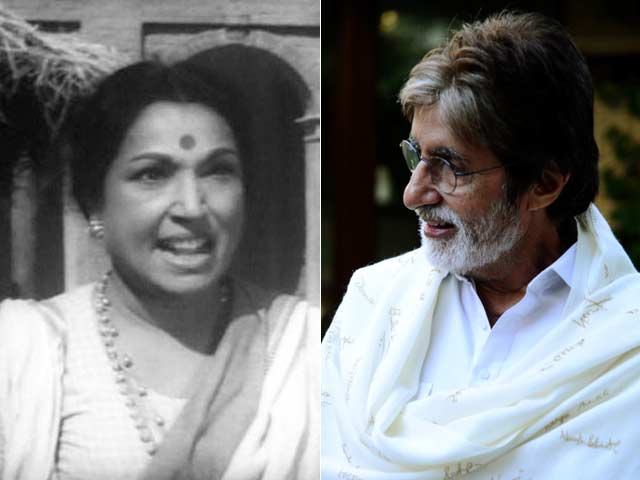 On the occasion of the 100th birth anniversary of Lalita Pawar, actor Amitabh Bachchan has paid tribute to the late actress by calling her performances 'dynamic and versatile.'
Lalita Pawar, who was born on April 18 in 1916, is best known for her roles in films like Shri 420, Anari, Hum Dono, Anand and Naseeb.
Amitabh Bachchan, who co-starred with the actress in films like Nastik, Yaarana, Do Aur Do Paanch and Bombay To Goa paid tribute to Lalitaji on Twitter.