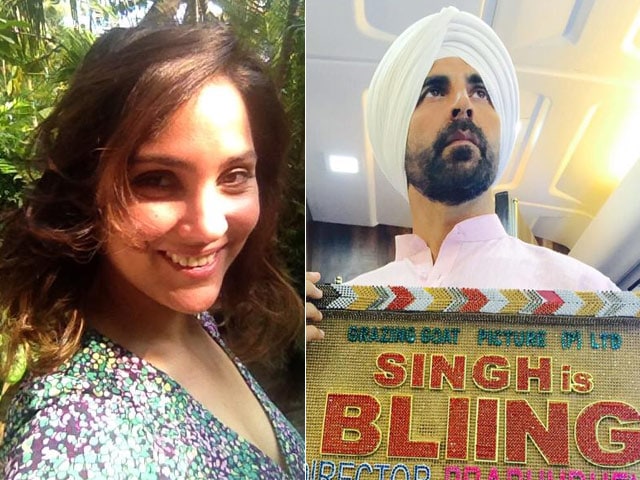 Actress Lara Dutta is "super excited" to team up with actor Akshay Kumar in upcoming film Singh is Bliing, whose shooting she will begin on May 2.
Directed by Prabhu Deva, Singh is Bliing is the 36-year-old former Miss Universe's eighth outing with Akshay after debut film Andaaz followed by Aan: Men at Work, Insan, Dosti: Friends Forever, Bhagam Bhag, Blue and "Housefull.

Super excited to start Singh is Bliing tomorrow with @akshaykumar! I've lost count of our movies together :). #friendphilosopherguide

The actress had earlier revealed that she will be donning a new avatar in the film.

U've seen me go glamourous in Blue, desi in Billoo Barber, and now I take on a never seen before avatar in Singh is Bliing!! :-))

Lara was last seen in Bejoy Nambiar's action-thriller David. Her upcoming films include Fitoor" and No Entry Mein Entry. (Also Read: Singh is Bliing. How Much Bling? This Much)
Akshay and actress Amy Jackson have already started shooting for Singh is Bliing in Punjab.