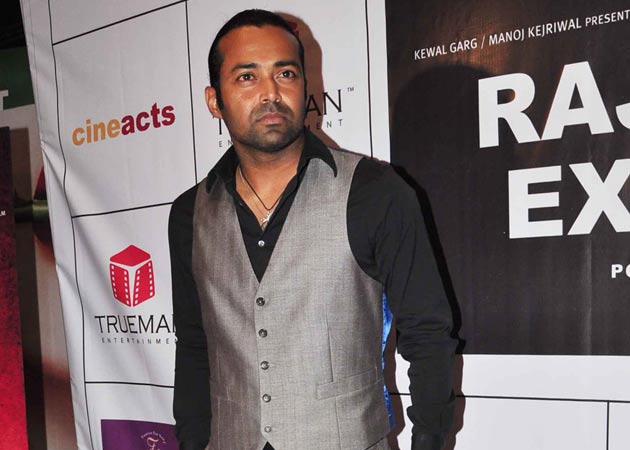 Tennis player Leander Paes, who makes his Bollywood debut with Rajdhani Express, now sees actors and directors in a new light.
"I have got really new found respect for all the actors for the amount of hard work they put in, the amount of passion that they have lived as actors and also the passion that they have for creativity to the art of story-telling," the 39-year-old said on Thursday at the screening of his film.
Directed by Ashok Kohli, Rajdhani Express also stars Sayali Bhagat, Priyanshu Chatterjee and Jimmy Sheirgill. It hit theatres on Friday.
"For me, it's really wonderful to finally see the movie... I spent two years working on Rajdhani Express and with some wonderful actors who have worked really hard," he said.