Less Bliing For Akshay and More for Talvar on Day Two 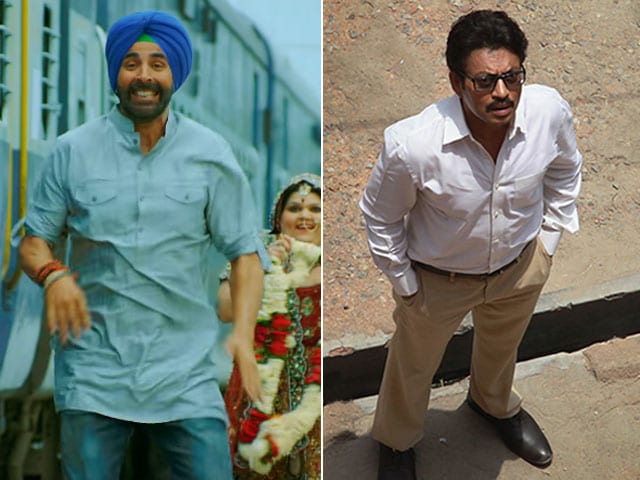 Stills from Singh Is Bliing and Talvar.

Akshay Kumar's Singh Is Bliing witnessed a sharp dip in collections on Saturday with Rs 14.50 crores, following a 'phenomenal' score of Rs 20.67 crores on its opening day. On the other hand, Meghna Gulzar's Talvar performed slightly better than Friday, minting Rs 2.75 crores on Saturday

However, his prediction says that the romantic-comedy should fare better on Sunday. Singh Is Bliing features Akshay as Raftaar Singh and also stars Amy Jackson as his love interest.
The opening day collections of the movie, surpassed the Bollywood Khiladi's other 2015 releases like Gabbar Is Back (Rs 13.05 crores), Baby (Rs 9.3 crores) and Brothers ( Rs 15.20 crores ). And it did so by a fair margin, to become his "biggest opener." (Also Read: Akshay's 'Spectacular' Box Office Bliing, Rs 20 Cr on Opening Day)
On the other hand, Meghna Gulzar's Talvar performed slightly better than Friday, minting Rs 2.75 crores on Saturday. Mr Adarsh shared the collections, which read a total of Rs 5.75 crores.

Irrfan Khan and Konkona Sen Sharma's Talvar is a crime-thriller and is based on the Aarushi Talwar murder case. Both Singh Is Bliing and Talvar hit screens on October 2.