Lisa Haydon, who is pregnant with her first child, shared a picture on Instagram in which she can be seen relaxing in a bathtub with a full grown tummy 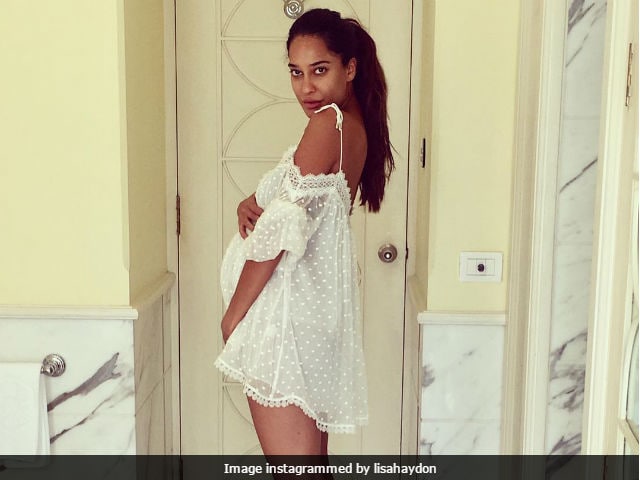 Actress Lisa Haydon, who is pregnant with her first child, recently shared a picture focusing on her baby bump and it's going viral on the Internet. The 30-year-old actress shared a picture in which she can be seen relaxing in a bathtub with her full grown tummy surrounded by bubbles. Lisa Haydon got married to her boyfriend Dino Lalwani in a private ceremony in October, 2016. On January 12, she announced her pregnancy by revealing her baby bump in a picture shared on her Instagram account. Lisa Haydon, who posed on the beach in a bikini, captioned the image as: "Humble beginnings."
See the beautiful picture shared by Lisa Haydon on Instagram below:

This is the picture Lisa shared on Instagram to announce her pregnancy:

In February, Lisa Haydon was away holidaying with her girl gang. The Queen actress posted several pictures in which she was seen revealing her baby bump and enjoying water skiing and gym sessions.
See the pictures below: