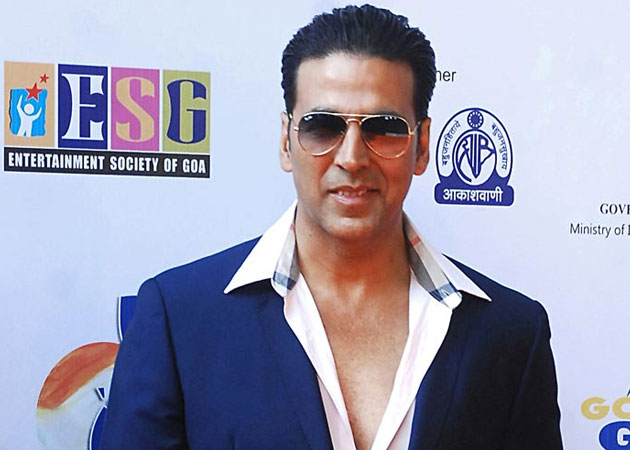 Akshay's film is expected to hit the screens on August 8

Superstar Akshay Kumar is the latest Bollywood celebrity to sing a full-fledged song in his upcoming film Entertainment.

Superstar Akshay Kumar is the latest Bollywood celebrity to sing a full-fledged song in his upcoming film Entertainment. (Also Read: What is Wrong if Actors Sing in Movies, asks Akshay)
The 46-year-old actor, who has earlier lent his voice partially for Singh Is Kinng, uploaded the YouTube link of the making of the song on micro-blogging site Twitter.
He also wrote on Twitter:

And here's a brand new track from #Entertainment sung by yours truly :) Enjoy! http://t.co/9KRoXphOOD

Entertainment is a slapstick comedy film directed by debutante duo Sajid-Farhad and stars Tamannaah Bhatia opposite Akshay. The film is expected to hit theatres on August 8.
The other celebrities who recently sung in their films are Shraddha Kapoor (Ek Villain), Alia Bhatt (Highway and Humpty Sharma Ki Dulhania) and Salman Khan (Kick).