Looks like Aishwarya and I will star together in a film: Sushmita Sen 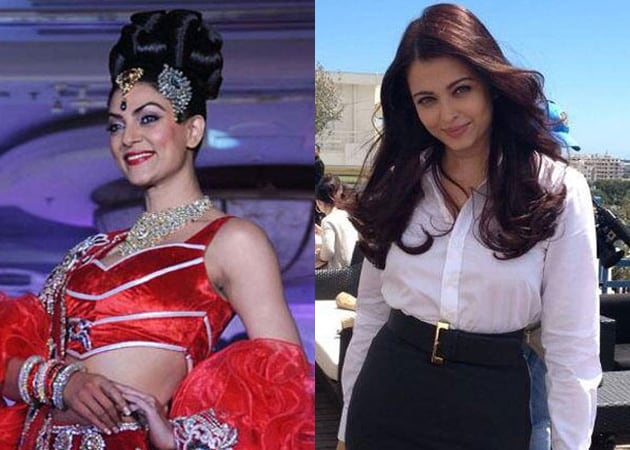 After being a part of the film industry for nearly two decades, Sushmita Sen has now signed a Bangla film. Sen will be making her Bangla film debut with Srijit Mukherji's Nirbaak. hitlist caught up with the actress.
Ques: What took you so long to do a film in your mother tongue?
Sushmita: I always wanted to be part of a good Bangla film and whenever I was offered a project, I always wanted something better. But when Nirbaak came my way, I found the story so gripping that I said yes right away.
Ques: You make appearances at charity events and fashion shows, but it's been a while since you played the lead in a Hindi film.
Sushmita: None of the scripts that came my way interested me. My ability to say no to them is the reason why you did not see much of me on the big screen.
Ques: So many of your contemporaries are now married. Some have come back to start their second innings.
Sushmita: Like I said earlier, the scripts did not interest me. As for marriage, I am saving the best for last and when it happens, it will be beautiful.
Ques: There were reports about you playing Benazir Bhutto in a film. Is it happening?
Sushmita: No, that film was shelved a long time ago. But I do know that the people of Pakistan would've loved to see me as Bhutto.
Ques: Do you star alongside Aishwarya Rai Bachchan in Prahlad Kakkar's film?
Sushmita: Looks like she and I will star together in the film. It's a matter of time before the film starts rolling. I look forward to it.
Ques: The last time Aishwarya Rai-Bachchan's Cannes, she was criticised by Indian and international media; this time, they loved her on the red carpet. Comment.
Sushmita: It's a story of every celebrity. We all get targeted at some point or the other and then people's perceptions change. One should not worry about what the world thinks.
Ques: You are a single mother who has lived life on her own terms. How difficult has it been?
Sushmita: It's not easy but it's beautiful. Being a mother is a 24x7 job. But the highs are amazing and one does not pay attention to the lows. When I go away, the world will remember my two beautiful daughters, who I believe will make me stay on in the minds of the people.
Ques: How do you spend your free time?
Sushmita: I play the joker for my kids. Raising children is about playing a part at different times of the day. I am also an entrepreneur, a daughter and a sister. There is so much to do beyond films; I am living my life. I'd like to own a chain of destination spas someday.