Lyricist Gulzar to be honoured with Dada Saheb Phalke award 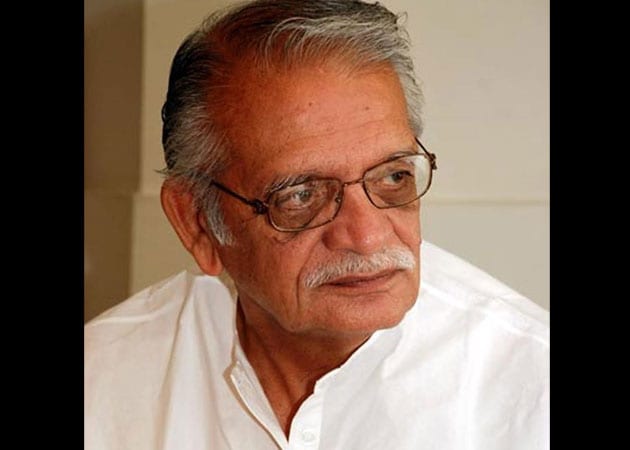 Gulzar will be the 45th recipient of the award

Veteran film lyricist and director Gulzar has been chosen for Dadasaheb Phalke Award for the year 2013 for his lifetime contribution to Indian cinema.

Acclaimed lyricist Gulzar, best known for penning memorable hits like Tujhse Naaraaz Nahi and Tere Bina Zindagi Se besides directing critically acclaimed films like Aandhi and Mausam, was today chosen for the prestigious Dada Saheb Phalke award, the highest official recognition for film personalities in India.
The 79-year-old veteran filmmaker, who has directed films like Mere Apne, Koshish, Khushboo, Angoor, Libaas and Maachis, will be the 45th recipient of the award.
A seven member jury consisting of eminent artists, after due deliberations, unanimously recommended Gulzar for the prestigious award, a statement released by the I&B ministry said here.
Born as Sampooran Singh Kalra in 1934 in Pakistan's Punjab in pre-independence India, Gulzar and his family were among the many victims of Partition. The family moved to Amritsar but Gulzar came to Bombay and began to work as a garage mechanic while writing poetry in his spare time.
Gulzar started his career in 1956 and as a lyricist got his first break in Bimal Roy's Bandini and the song Mora Gora Ang Lai Le filmed on Nutan became an instant hit.
He worked with leading music directors like Sachin Dev Burman, Salil Chowdhury, Shankar Jaikishan, Hemant Kumar, Laxmikant-Pyarelal, Madan Mohan, Rajesh Roshan, Anu Malik, and Shankar-Ehsaan-Loy.
Gulzar also developed outstanding creative partnerships with Rahul Dev Burman, A R Rahman and Vishal Bhardwaj. Along with lyrics, he has also contributed to several films as script, story and dialogue writer.
Gulzar is also widely known for his outstanding work on the small screen as well. He is credited with having created TV series like Mirza Ghalib and Tahreer Munshi Premchand Ki.
He wrote lyrics for several Doordarshan serials including Hello Zindagi', 'Potli Baba Ki and Jungle Book which too became very popular.
Gulzar was awarded the Sahitya Akademi Award in 2002, the Padma Bhushan in 2004. He has won a number of National Film Awards and 20 Filmfare Awards.
He won the Academy Award for best original song for Jai Ho (shared with A R Rahman), for the film Slumdog Millionaire in 2009.
In 2010, he won the Grammy award for Jai Ho. Gulzar's poetry has been published in three compilations: Chand Pukhraaj Ka, Raat Pashminey Ki and Pandrah Paanch Pachattar (15-05-75). His short stories are published in Raavi-Paar (also known as Dustkhat in Pakistan) and Dhuan (smoke).
He is also credited with having created a new type of stanza in Urdu poetry named Triveni (stanza of 3 lines). Gulzar's contribution to mainstream cinema is well recognised, assuring him a place in the annals of Indian cinema, the I&B Ministry said here.
Gulzar is married to actress Raakhee. The couple have a daughter, Meghna. When their daughter was only one-year-old, they separated but never divorced. Meghna grew up with her father and, after completing her graduation in films from New York University, went on to direct films like Filhaal, Just Married and Dus Kahaniyaan. She also authored the biography of her father Gulzar, in 2004.
With Mere Apne in 1971, Gulzar donned the role of a filmmaker and went on to make Parichay (1972) and Koshish (1972), a sensitive look at the travails of a deaf-dumb couple superbly played by Sanjeev Kumar and Jaya Bhaduri.
The Gulzar-Sanjeev Kumar partnership resulted in films like Aandhi (1975), Mausam (1975), Angoor (1981) and Namkeen (1982) and took Sanjeev Kumar to greater heights in the industry.
With his sensitive yet successful movies, stars like Jeetendra (Parichay, Khushboo (1975), Kinara (1977), Vinod Khanna: Achanak (1973), Meera (1979) and Lekin (1990) and Hema Malini (Khushboo, Kinara, Meera) worked with Gulzar to gain respectability as artists and some of their best and most introspective work has come in these films.