Maanyata is Holidaying With Shahraan and Iqra. But Where is Sanjay Dutt?

Before you wonder why Sanjay is missing from the photographs, see this post by the Agneepath actor 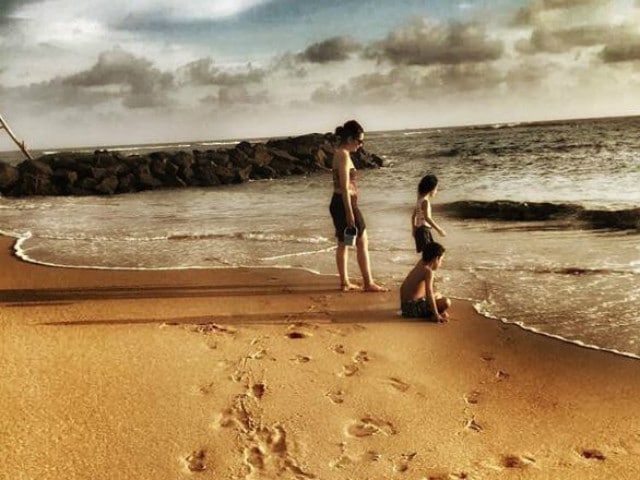 Sanjay Dutt's wife Maanyata is holidaying in Sri Lanka with twins Shahraan and Iqra, and sharing frame-worthy pictures on Instagram.
Before you wonder why Sanjay is missing from the photographs, see this post from the Agneepath actor:


My family in Srilanka, without me, missing them

The 57-year-old actor is making up for his absence by posting pictures of his family in plenty:


Mother and her 2 cubs

My wife and my daughter in a resort in Srilanka

My wife and my son looking at the sea

Meanwhile, Sanjay was spotted across the globe in Tanzania:

Here are first-hand pictures from Maanyata:

As beautiful as it can get.... Swimmers at it #mommy #daughter #son #love #grace #positivity #dutts #funtime #weligama #instafam

Sanjay Dutt's upcoming films include Marco Bhau with Vidhu Vinod Chopra, and a film each with Mahesh Manjrekar and Siddharth Anand. He will also reprise his role as the popular character Munna Bhai in the third film of the series, which is expected to hit screens in 2018.