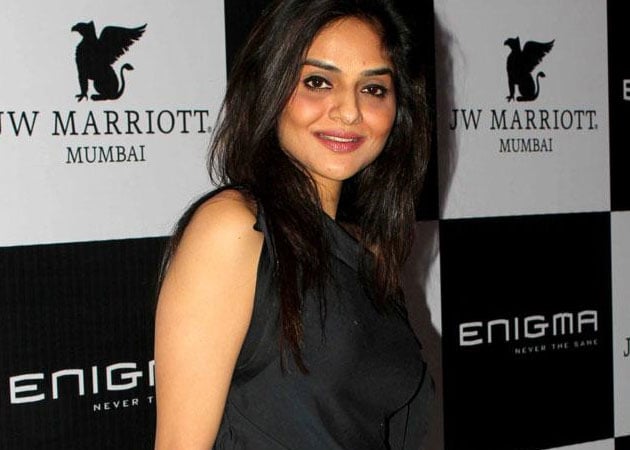 Madhoo is gearing up for her yet-to-be titled Tamil film.

Ready to return to Tamil cinema after a 16-year hiatus, Madhoo admits the industry has become better equipped with technology but rues how the soul of some films gets lost in the "gloss and fanfare".

Popular actress Madhoo is geared up for her second innings in filmdom. Ready to return to Tamil cinema after a 16-year hiatus, the multilingual talent admits the industry has become better equipped with technology but rues how the soul of some films gets lost in the "gloss and fanfare".
"It's very difficult to make one statement about the changes in the industry. I wouldn't say it hasn't changed at all. It has certainly improved over the years, especially technically, but the soul of a few films is lost amidst gloss and fanfare," said Madhoo.
"We've technically grown stronger, but have taken a beating on our creativity. We have stopped being creatively flexible and depend on other departments rather than holding on to the soul and script of a film," she added.
Madhoo will be seen in actor-director Lakshmy Ramakrishnan's yet-to-be-titled Tamil directorial project and says she is keen to find a strong foothold in the industry and prove her talent yet again.
"I can't wait to start working on Lakshmy's project. This time I want to find a position in the industry and establish myself as an actress again. I think this project will give me the opportunity to go the extra mile and deliver," she said.
Known for her performance in films such as Roja and Gentleman, Madhoo will play a performer in the film.
"This will be the first time I will essay the role of a performer in my career. I will get to perform on stage in the film as a singer. I fell in love with the role the minute Lakshmy narrated the story because in my heart, I'm always a stage performer," she said.
The project is likely to go on the floors by the end of this year or early next year.
The 41-year-old says that in real life too, she is likely to become a stage performer sooner or later.
"One of the reasons I agreed to do the film is that I'm planning to turn into a stage performer soon. I have plans to start it soon, but I wanted to try it on screen before I give it a shot in real life," said Madhoo, who is prepared to start her second innings as a character actor.
"I have come to terms with the truth that I have grown older. I'm not young any more and I will only get character roles, going forward. I think I'm ready and mentally prepared for it," she added.
In Telugu, on her return, Madhoo played a mother to a 16-year-old son in Anthaku Mundhu Aa Tharuvatha, which is scheduled to release in July.
"I thoroughly enjoyed playing the role of a mother. I'm a mother in real life and, therefore, it was easy to relate to my character," said Madhoo, who is a mother of two.
How will she juggle her time between family and films?
"I'm sure I won't be doing films 365 days a year. It will be one or two roles once in a while. I think my husband and my children will be supportive. Moreover, I'm keen on doing challenging roles and not just any role for the heck of it," said Madhoo.
Besides acting, Madhoo also wants to don the director's hat.
"I would love to direct, but I still don't have the faith in myself to do so. I haven't assisted anybody over the years. I have to work with a team that has faith in me to make this dream come true. Once I find people who believe in me, I will start my directorial project," she said.