Madhuri Dixit: I am a Strict Mother 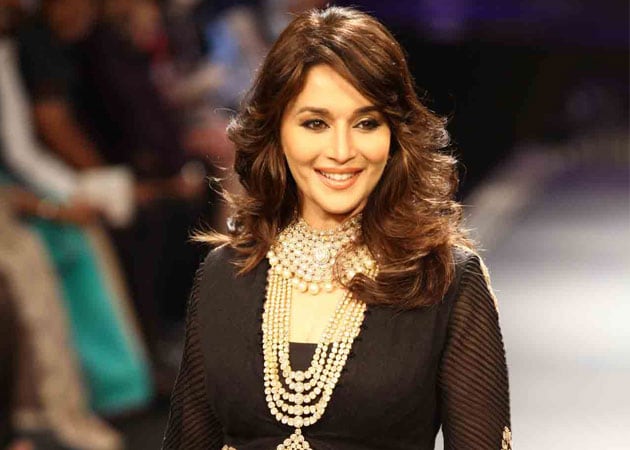 Madhuri says that a family is very important in Indian culture and it is necessary to have a healthy family.

Bollywood actress Madhuri Dixit, a mother to two sons - Arin and Raayan - is strict when it comes to their healthcare. She says that she never lets them go to bed without brushing their teeth no matter how tired they are.

Bollywood actress Madhuri Dixit, a mother to two sons - Arin and Raayan - is strict when it comes to their healthcare. She says that she never lets them go to bed without brushing their teeth no matter how tired they are.
"There is one thing that I am really strict about my kids and that is (making sure that they are) brushing teeth twice a day. No matter how tired they are or how late they are arriving after attending birthday parties, I make sure that they brush their teeth," Madhuri told IANS over phone from Mumbai. (Also read: When Saif Ali Khan Charmed Madhuri Dixit With a Poem)
"I think that is very important. Brushing teeth for two minutes every morning and night is very important," said the actress, who is the face of oral care brand Oral B.
Madhuri, who married Sriram Nene, a doctor, in 1999, also says that "a family is very important in Indian culture" and it is necessary to have a healthy family.
"A healthy smile shows a happy family because they all represent health when they smile healthy. So I think it is very important for a family to establish a good smile," said Madhuri, who was recently shooting for a new Oral B toothpaste ad campaign.
After having started her acting career with the 1984 film Abodh, Madhuri went on to cement her space in Hindi movies with entertainers like Tezaab, Ram Lakhan, Tridev, Parinda, Dil, Sailaab, Khalnayak, Hum Aapke Hain Koun and Dil To Pagal Hai. (Also read: Madhuri Dixit's Dance Academy to go From Online to On-Ground)
If acting came naturally to her, her fluid dancing skills, grace and charming smile made her a favourite among the best of banners, actors and filmmakers.
The actress believes that a "smile says a thousand words and when you smile, the world smiles with you."
"I think smile sends a very positive message so it important to take care of it. When you have good teeth, you don't hesitate to smile and it also gives you confidence. So when you are confident, it changes your life as well," she said, stressing on the importance of brushing right twice, and visiting the dentist every six months.
Most film celebrities rely on caffeine intake to battle hectic schedules. Doesn't that have an ill effect on their teeth?
Madhuri said, "Anything in moderation is fine. If you drink coffee throughout the day, it won't be good for teeth - neither for health! So, we just do everything in moderation."
"If I drink tea, I do so twice a day and that's it. I don't overdo it. No caffeine all the time or no soda drink all the time," said the actress, who is currently seen as one of the judges of dance reality show Jhalak Dikhhla Jaa 7.
And what about her Bollywood projects?
"I will let people know whenever I decide to work," said the actress, who was last seen in Gulaab Gang.