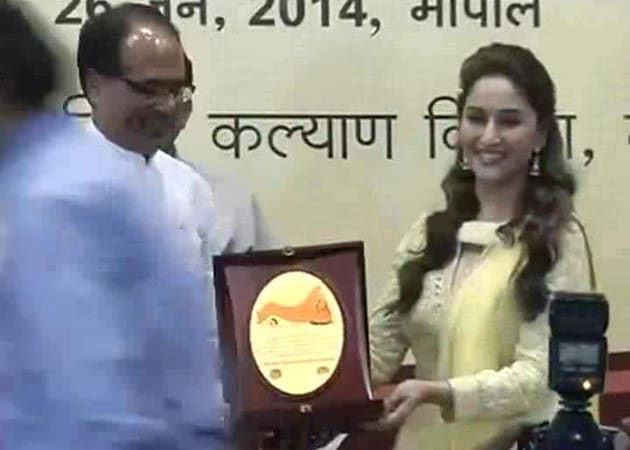 Actress Madhuri Dixit is the latest Bollywood celebrity to be named brand ambassador by an Indian state. Madhuri is now the ambassador for Madhya Pradesh's campaign Mamta Abhiyaan, organized by the state's health department, which aims to decrease maternal and infant mortality rates.
Madhuri was in Bhopal to launch the second phase of the campaign with Madhya Pradesh Chief Minister Shivraj Singh Chouhan.
The actress joins the ranks of Amitabh Bachchan and Shah Rukh Khan who represent Gujarat and West Bengal respectively.
Madhuri, who was among the top Bollywood heroines through the Eighties and Nineties, last appeared in the films Dedh Ishqiya and Gulaab Gang and currently serves as judge on talent show Jhalak Dikhhla Jaa.