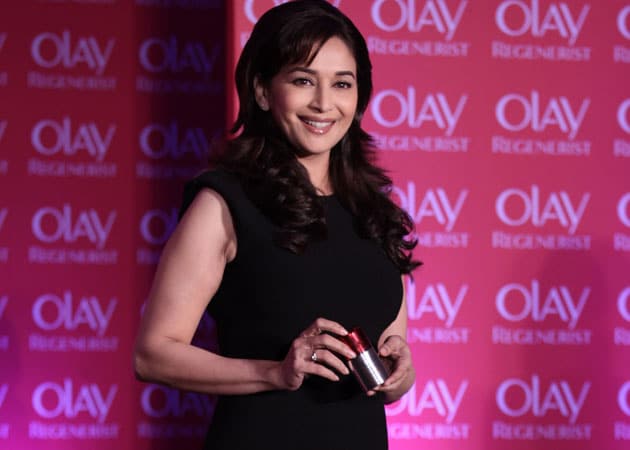 Madhuri contacted PETA for help when she saw the puppies

Bollywood actress Madhuri Dixit interrupted shooting dance reality show Jhalak Dikhhla Jaa 6 to rescue seven puppies, who were struggling for their lives.
The 46-year-old was at the Filmistan Studio on June 9, 2013 with her husband Shriram Nene to shoot for the show when she saw seven puppies drenched from the previous night's rain. Mumbai is currently under a heavy spell of monsoon showers.
Madhuri immediately interrupted the shoot, and she along with Mr Nene and the show's director Saahil Chhabria, contacted People for the Ethical Treatment of Animals (PETA) for help.
They stayed with the puppies until help arrived.