"Nowadays, women are given more importance in a film. Neerja is one of the examples where Sonam Kapoor plays an air hostess and saves a lot of people. There's even Alia Bhatt in Udta Punjab, where she plays an innocent girl from Bihar and how she gets involved in the whole drug scene," said Madhuri 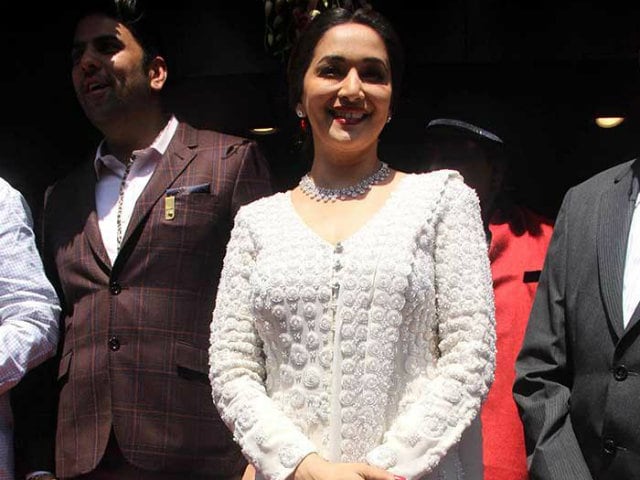 She ruled the roost in Bollywood in the 1990s with her dancing, endearing smile and effortless grace. Madhuri Dixit, who has seen the Hindi film industry go through changes in her three decades in showbiz, said that she's glad to see the emergence of stronger women characters on the silver screen.
For her, it's a welcome departure from earlier times when Hindi films were constantly more focused on the heroes and heroines were relegated to supportive roles.
"Nowadays, women are given more importance in a film. Neerja is one of the examples where Sonam Kapoor plays an air hostess and saves a lot of people. There's even Alia Bhatt in Udta Punjab, where she plays an innocent girl from Bihar and how she gets involved in the whole drug scene," said Madhuri.
"Though Udta Punjab is not women-oriented, women's parts have become much stronger than it used to be. Women are now not just eye candy; parts are written where she has an important role in society," Madhuri told IANS in an e-mail interview from Mumbai.
Since her debut film Abodh in 1984, Madhuri has remained a pivotal part of the Indian entertainment industry and has enthralled fans through meaty roles in films like Tezaab, Ram Lakhan, Dil, Beta, Hum Aapke Hain Koun..!, Anjaam, Mrityudand, Pukar, Dil To Pagal Hai and Devdas. She also starred in Gulaabi Gang.
Her journey in films slowed down after she got married to Dr Shriram Nene. But Madhuri said that it was her "personal choice" to do less number of films as she had to look after her sons Arin and Rayaan.
"Today the trend is such that people do one film in a year. Back then I remember I have done 12 films in a year too, but those were the days and the way of working was different. Today you can take your time, read the scripts and choose the kind of roles you want. And I think I like it more that way," she said.
"I think it's a personal choice if I have my kids and I want to be at home with them and spend my time with them. I don't do that because people expect that from me, I will do it because it's my personal choice to do it. All mothers feel that way, not just celebrities," the 49-year-old actress added.
Madhuri made a comeback in Bollywood with Aaja Nachle in 2007.
Apart from her flawless acting, Madhuri also has carved out her own niche in the industry as a versatile dancer through her highly appreciated performances in songs like Kay Sera Sera, Chane Ke Khet Mein and Dola Re Dola.
The actress can currently be seen as a judge on the Indian version of popular TV show So You Think You Can Dance alongside choreographers Terence Lewis and.
She said dance reality shows have helped the art form evolve as a viable career option.
"It has helped a lot, since people now have become aware of the different styles of dancing. Talent from small parts of India are getting discovered. If may be reality shows weren't there, then I don't think that people from small towns would have been able to showcase their talent (as widely)," Madhuri said.
"People have now become aware of dancing and such shows have helped a lot for the whole dance movement. Even internet has given a lot of exposure. There are so many contestants in our show who have learnt dancing from the internet," added the actress, who herself runs a popular online dance academy.