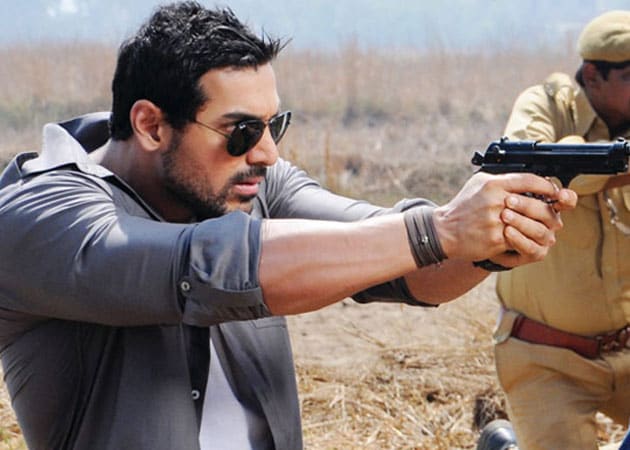 A still from the movie Madras Cafe

Noting that his country's films are taking a hit from the more popular Bollywood productions, noted Sri Lankan filmmaker Prasanna Vithanage alleged that Madras Cafe was not an "honest" movie.

Noting that his country's films are taking a hit from the more popular Bollywood productions, noted Sri Lankan filmmaker Prasanna Vithanage on Tuesday alleged that Madras Cafe was not an "honest" movie.
He also lamented the dearth of market for Sri Lankan films in India.
"The problem is (Madras Cafe)... doesn't touch the characters. It has caricatures... those are not people. To me it's not an honest film. You cannot make a film when it doesn't come from the heart," Vithanage told reporters at the 19th Kolkata International Film Festival that began here on Sunday.
"But I know the government was very happy."
Madras Cafe is a political thriller set in India and Sri Lanka against the backdrop of the Sri Lankan civil war. Directed by Shoojit Sircar, it stars John Abraham and Nargis Fakhri in lead roles.
On the popularity of Bollywood films in his country, Vithanage conceded that Sri Lankan films "can't compete" with Hindi cinema.
"We can't compete with Bollywood. Sri Lankan films are taking a beating from Bollywood," he said.
Citing an example, he said the Hrithik Roshan-starrer Krrish 3 was now running in several cinemas in Sri Lanka.
"The big budget Bollywood films and blockbusters are really popular in Sri Lanka."
Comparing the young actors of the two countries, he said Indians were more professional and versatile in terms of learning different languages.
Vithanage, who uses the digital technology available in India for his films, lauded the Indian film industry's technological advancements.
"In Sri Lanka, even simple technologies are not available. Directors like me use the digital technology available in India for our films. We can send our films to international film fests (only) because of the standards you have here." Despite the efforts, because of the ethnically polarised situation in his nation, it has become "difficult to cultivate Tamil cinema" in Sri Lanka where around 74 percent of the population speak Sinhalese. "Because majority is Sinhalese, its Sinhalese cinema... It is very difficult to cultivate Tamil cinema."