Mahesh Bhatt: Dont Want to be a Pigeonholed Filmmaker 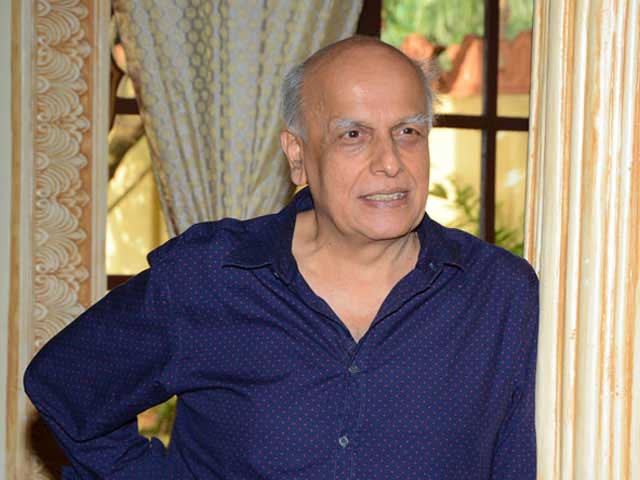 From his affair with late Bollywood star Parveen Babi to his inebriated past, Mr Bhatt has never hesitated in sourcing ideas for films from his real life

In his four-decade career, Mahesh Bhatt has never shied away from showing elements from his real life in films like Woh Lamhe. The veteran filmmaker says there is "nothing personal about any human being".

From his affair with late Bollywood star Parveen Babi to his inebriated past, Mr Bhatt has never hesitated in sourcing ideas for films from his real life. The 66-year-old says he has no problems in showcasing his real life onscreen as what one goes through is "pathetically close to somebody else".

"There are two streams in me. One is the stream which makes films out of the real material called life and make inspiring tales out of that. There is a particular section of society which loves that kind of cinema," Mr Bhatt, who was in the capital to promote his upcoming production Mr X, told IANS in an interview.

"I do not want myself to be restricted to a pigeonholed kind of filmmaker. I choose to speak in the language the person is comfortable with. There is nothing personal about any human being. Whatever one goes through is pathetically close to somebody else," he added.

Talking about Mr X, which stars his nephew, actor Emraan Hashmi, Mr Bhatt said, "It's the first 3D family film with those state of the art special effects which are indigenously created in our own country."

"It's a film which is made within the attention span that young people have or viewers have for films nowadays. Mr X has the kind of pulse of the time we live in because it's getting progressively difficult to bring people to cinema halls. They have tremendous variety available to them. So Mr X is unique, distinct and special in terms of its visual texture. It will appeal to the large section of people which wants to have a good time".

Although Mr Bhatt admitted that the concept of becoming invisible was not new to the film industry, he said, "There is a child in every man and that's why larger than life stories which have a fairly tale component will work."

"People love miracles; they love stories which break through adversities. That's what Mr X gives to them. There is nothing real about Spiderman or Superman. Filmmaking is unreal business. It's all about storytelling," he said.

"With larger than life films you are lifted from your mundane ordinary life because you empathise with the hero and people see themselves in him. That's why stories with characters like Superman, Batman, Spiderman, Krrish or Mr X work in a very big way universally," he added.

So what would do if he got a chance to be Mr X?

Mr Bhatt said, "I would unmask all those self-proclaimed saints and good people who pretend to the world through their media manipulation that they are spotless and reveal their real face."

"I would love to unmask them to the real world to let people know that these people pretend to them what they are, but actually they are not because they are innumerable. Such people are a curse to mankind."

Directed by Vikram Bhatt, Mr X also stars Amyra Dastur and Arunoday Singh and is set to release on April 17.