Mahesh Bhatt: I make films for people of India, not Oscar 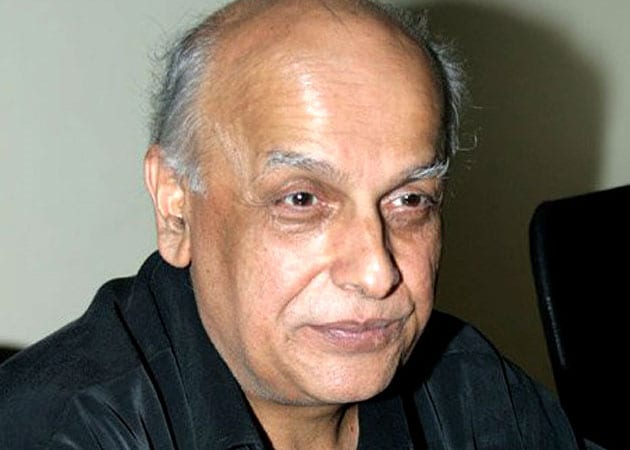 The filmmaker chooses not to offer counsel to budding filmmakers and advocates learning the nuances of the craft through experience instead of banking on advice.

Filmmaker Mahesh Bhatt doesn't digress but drives the point straight home when quizzed about the Indian film industry not churning out Oscar-worthy movies. The noted director-writer-producer flatly says such awards are nothing more than marketing tools that fetch money.

Filmmaker Mahesh Bhatt doesn't digress but drives the point straight home when quizzed about the Indian film industry not churning out Oscar-worthy movies. The noted director-writer-producer flatly says such awards are nothing more than marketing tools that fetch money.
For Bhatt prefers to make films for India's cinemagoers and not for honours.
"I think they are just marketing tools ...yes, they make for large money, that's about all. But a choice has to be made whether you want to make films for the people of India or the Oscars. I chose the people of India," Bhatt said.
Having contributed to Bollywood for around four decades, the illustrious moviemaker is known for landmark films like Arth, Saaransh, Zakhm and Sadak and for writing the story and screenplay of popular erotic noir films like Jism and Jism 2.
One example of his choosing audience satisfaction over awards is Aashiqui 2, his recent hit as a producer.
The ace filmmaker had directed the cult romantic musical drama Aashiqui in 1990 and reinvented the genre this year by producing Aashiqui 2.
The film collected over Rs 20 crore in its opening weekend (released Apr 26) and in a month's time crossed the Rs 100-crore mark. Despite opening to mixed reviews by critics, it garnered widespread audience appreciation.
However, the 65-year-old debunked the myth that Indian cinema has made its mark worldwide. Marketing strategy and everything else included, Bhatt pointed out the industry is yet to zoom in on the magic formula to hit the bulls' eye.
"We do not have that recipe yet. Contrary to what we claim, the western world is not remotely interested in our cinema," said the National Award winner.
Besides, the real deal, according to him, is to get the West going for Indian films "on our own terms".
"But we have our own people loving our films and that's enough. But, yes, we would be happy if they (west) like our films on our terms, not their terms."
Mentor to many (including director Anurag Basu, Milan Luthria and nephew and actor Emraan Hashmi), the veteran has dabbled successfully in both art films and mainstream films including erotic noir cinema, thrillers, comedies and action.
But he chooses not to offer counsel to budding filmmakers. Bhatt advocates learning the nuances of the craft through experience instead of banking on advice.
"I would not advise young filmmakers or burden them with my advice because I did not learn anything from advices given to me when I was beginning my career. I saw people's films, read about them, but I did my own thing."
"Movie business is like swimming. You learn swimming by swimming and filmmaking by filmmaking. Let them make their films and I think they will find their own way. Its asserting their way..that's what filmmaking is all about," he explained.