Mahesh Bhatt tweeted: "A bolt from the blue in the form of an extortion call and threat to my family was nipped in the bud by the police in tandem .Gratitude" 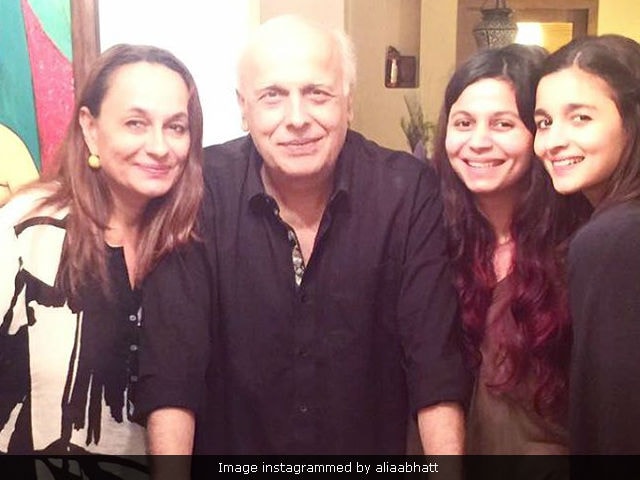 Filmmaker Mahesh Bhatt received an extortion call from an unidentified person who threatened his family, it has been revealed. Mr Bhatt, 68, announced on Twitter that the police of Maharashtra and Uttar Pradesh had worked together to resolve the situation, which he described as a 'bolt from the blue.' He tweeted his thanks to the police of both states. News agency PTI reports that one person has been detained in Uttar Pradesh by the state police's Special task Force. The Mumbai Police's anti-extortion cell is handling the investigation. ANI reported that the caller had threatened to kill Mr Bhatt's wife Soni Razdan and his 23-year-old daughter Alia Bhatt, who is one of Bollywood's leading actresses. A complaint was filed at the Juhu police station in Mumbai, reported ANI. Mr Bhatt was reportedly asked to pay a sum of Rs 50 lakh, a demand that was made via phone call and WhatsApp, both.
This morning, Mahesh Bhatt tweeted:

A bolt from the blue in the form of an extortion call & threat to my family was nipped in the bud by the MH & UP police in tandem.Gratitude!

Mr Bhatt was retweeted by his eldest daughter Pooja. He was soon inundated with responses from well-wishers tweeting 'be safe.'
Mr Bhatt also posted this tweet - presumably he was connecting this to the collective threat against his family:

All of us is better than one of us !!

The Bhatts are among the Hindi film industry's most prominent and active families. Mahesh Bhatt is the director of acclaimed movies like Saaransh, Arth and Dil Hai Ke Manta Nahin. Mr Bhatt and his brother Mukesh Bhatt co-own the production banner Vishesh Films, under which films like the Murder and Raaz series have been made. The last film Mr Bhatt directed was 1999's Kaartoos - since then, he has made producing his focus.
Mahesh Bhatt has three children other than Alia. Actress-director Pooja and son Rahul are his children with first wife Kiran. He and Soni Razdan have another daughter named Shaheen. Alia Bhatt is the star of upcoming film Badrinath Ki Dulhania, which releases on March 10.