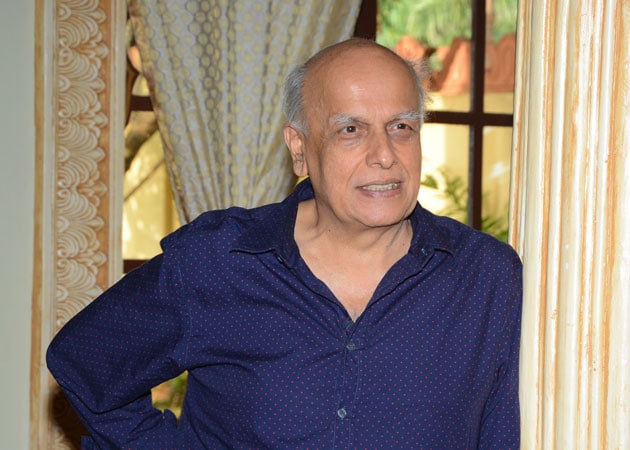 The remake will be made under careful supervision of Mr Bhatt. (Image courtesy: Santosh Nagwekar)

Filmmaker Mahesh Bhatt's films Arth and Daddy were recently turned into stage productions and now his 1985 autobiographical film Janam is being remade.

The original featured Kumar Gaurav as Mahesh Bhatt. Now the latter's protege Imran Zahid would be doing the needful.

Talking about the project, Mr Bhatt, who turned 65 on Saturday, said, "What I've made is now in the public sphere and it is not mine anymore. It has been so many years but the same feelings and emotions still exist.

"Janam was telecast (on Doordarshan) in 1985 and the news was delayed for the first time in my memory for 14 minutes till the movie was over. It was an unprecedented thing at that time. The movie received lot of accolades and was included in the Panorama section of the 1986 International Film Festival of India (IFFI)," recalled Mr Bhatt.

He says the telefilm got lost "because the actor who played the lead (Kumar Gaurav) faded into oblivion".

But he is confident that Zahid, who was also part of Daddy The Play, "has the resolve to hit the bull's eye" for the "tough screenplay" of the Janam remake.

The remake will be made under careful supervision of Mr Bhatt.

"There was never any fear of social stigma within me. I was not afraid to expose my life although my family was outraged and not happy at all when I made Janam. But the film was about fighting in the social space against the existing norms of the society and breaking away from it.

"The idea of anybody giving birth to himself is very relevant. It is the story of a person who refuses to be defined by references of the world, as he wants to create his own destiny. My family will be quite pleasantly surprised that somebody so many years later is still finding it relevant to be revisited with the passage of time," Mr Bhatt said.

Sanjeev Malhotra's Manween Sanjeev Creations is making their debut in Bollywood with this film as producers. Mr Malhotra had earlier partnered with Mr Bhatt for the theatrical adaptation of Daddy.

"With Janam my production house has also taken a birth of sorts. To venture into Bollywood with the remake of a path-breaking film like Janam is an achievement in itself. I am really looking forward to make the best of this opportunity and make a film that holds up to the original," he said.