Making 31st October Didn't Take Time, Getting it Cleared by Censor Board Did

"They (CBFC) were like 'why are you raising that topic again'? They asked for 40 cuts but due to our persistence only nine cuts took place," said the producer of 31st October 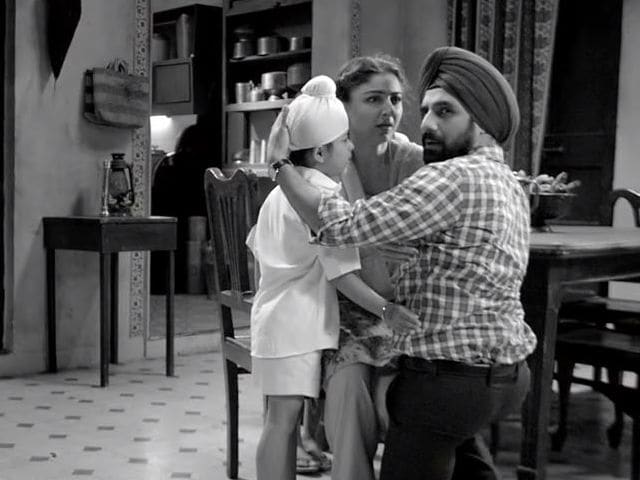 A still from the film 31st October.

National Award-winning Director Shivaji Lotan Patil, who is excited about his next film 31st October based on the assassination of then Prime Minister Indira Gandhi in 1984, says the movie has not been made to stir any controversy.
31st October is an edge-of-the-seat thriller based on the aftermath of Indira Gandhi's assassination by her two Sikh bodyguards, which is one of the darkest chapters in independent India.
"I like realistic films. I have made realistic films in Marathi and this is my first Hindi film. I do more realistic films than commercial. I felt the story of the aftermath of Indira Gandhi's assassination has been retained in reel life as well, then only it will appeal to people," said Mr Patil at an event to launch the film's trailer.
"We have shown everything real. But at the same time we haven't made the film to create controversy," he said. Considering the sensitive plot, the makers did face a lot of trouble with the Central Board of Film Certification (CBFC).
"Making the film did not take much time for us. (But) we faced a lot of trouble with the Censor Board. First time when we showed them the film they rejected it. We told them we have tried to show real things," Mr Patil said.
The film's producer-writer Harry Sachdeva said they faced objections right from the beginning. "They (CBFC) were like 'why are you raising that topic again'? They asked for 40 cuts but due to our persistence only nine cuts took place," Harry said.
According to him, the youth of today should know what happened 32 years ago. "It's not an anti-Congress film. I feel the youth of this country needs to know this important chapter of history. The film talks about brotherhood and social harmony," he said.
The film, starring Vir Das and Soha Ali Khan in the lead, is a true-life story of a Sikh family and their fight for survival.
"During our research we came across a diary that had a story of a family (affected by the 1984 anti-Sikh riots). To save and help this Sikh family a lot of people from other communities came forward," Harry said. "This film is a tribute to the victims and a salute to non-Sikhs who helped the Sikh family."
Harry hopes the thriller gets tax free. The film, produced by Magical Dreams Productions Pvt Ltd and Sachdeva, releases on October 7.
(Except for the headline, this story has not been edited by NDTV staff and is published from a syndicated feed.)