Malaika and Arbaaz: A Pic of 'Good Times' Shows Up on Amrita's Instagram

It's not Thursday yet but there's no bad time for a 'Good times' throwback. Amrita posted what appears to be an old photo on Instagram featuring Malaika and Arbaaz, along with her husband Shakeel Ladak and Arbaaz's brother Sohail with his wife Seema. Malaika and Arbaaz recently announced their separation 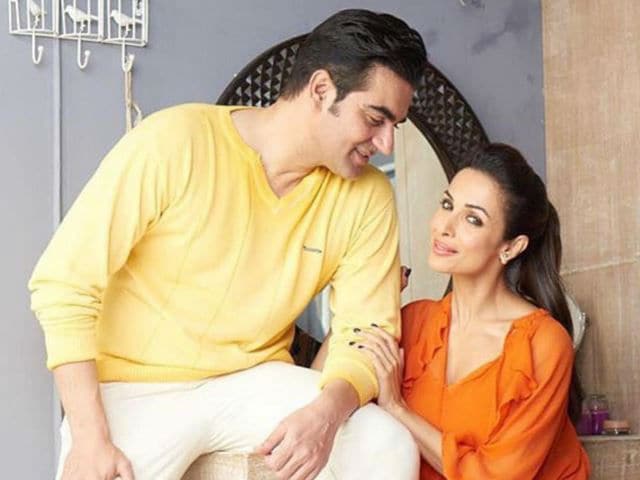 This image was posted on Instagram by Arbaaz Khan

As the alleged unravelling of Malaika Arora and Arbaaz Khan's marriage continues to make headlines, the actress' sister Amrita Arora has posted what appears to be an old photo on Instagram. Featured - Malaika and Arbaaz, Amrita and her husband Shakeel Ladak and Arbaaz's brother Sohail with his wife Seema.
It's not Thursday yet but there's no bad time for a 'Good times' throwback:

On Monday, a joint statement from Arbaaz and Malaika appeared in DNA which confirmed the couple were separated but denied that Malaika had consulted a divorce lawyer. The statement also pleaded for privacy. This might have been the final word had it not been for a report in Mumbai Mirror the next day which quoted a 'friend' of the couple as saying that the statement had been released by Arbaaz solo - a claim made unlikely by the fact that Malaika had reposted her estranged husband's Instagram note linking to the statement. (Also Read: Malaika and Arbaaz: 'Friend' Says Statement Wasn't Joint. Arbaaz Furious)
The Mumbai Mirror report also said: "Amrita is furious over Arbaaz's insistent efforts to reconcile with her sister, despite her repeatedly making it clear that Malaika no longer wants to be a part of the Khan family."
After this Arbaaz furiously tweeted:


Not a day passed after giving a joint statement and saying not to believe sources or supposed friends...

No more reaction from me henceforth, If they are not sensitive and don't respect people's privacy then they are not worth losing sleep over