Malaika's sister Amrita Arora shared pictures from inside the party 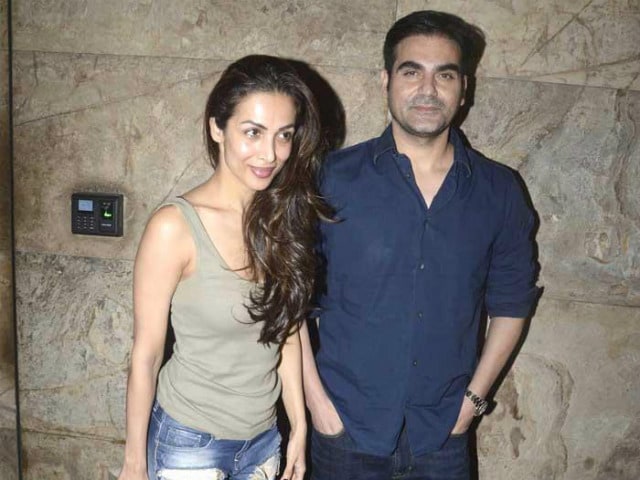 Estranged couple Malaika Arora and Arbaaz Khan celebrated the birthday of their teenaged son Arhaan with a family gathering on Wednesday night. The entire Khan-daan, minus the biggest star Salman, was in attendance as Arhaan blew 14 candles out.
Malaika's sister Amrita Arora shared pictures from inside the party:

Salman's father Salim Khan and stepmother Helen headlined the dinner party, followed by Salman's sister Alvira and her filmmaker husband Atul Agnihotri, brother Sohail, mother Salma and Amrita. Malaika was spotted at one end of the table while Arbaaz posed with Arhaan and Sohail's son Nirvaan:

Here's another one from Salman's sister Arpita Khan Sharma:

An adorable picture of Malaika and baby Ahil, Arpita's son:

Malaika and Arbaaz announced their separation with a statement in March this year, which was also confirmed months later by Arbaaz. In an interview with Mumbai Mirror in August, he said: "At this point of time we are not together, we are separated, and that's about it." Malaika Arora, 42, and Arbaaz Khan, 48, married in 1998.
However, Malaika was spotted celebrating Eid together with Arbaaz and family:

After Eid, Malaika and son Arhaan went holidaying in the Maldives without Arbaaz, who was photographed in Goa with a woman later identified as local entrepreneur and model Yellow Mehra.
Malaika Arora has featured in films like Welcome, Housefull and the Dabangg series of movies made by Arbaaz and starring Salman. Malaika was last seen on screen as the judge of reality TV show India's Got Talent.