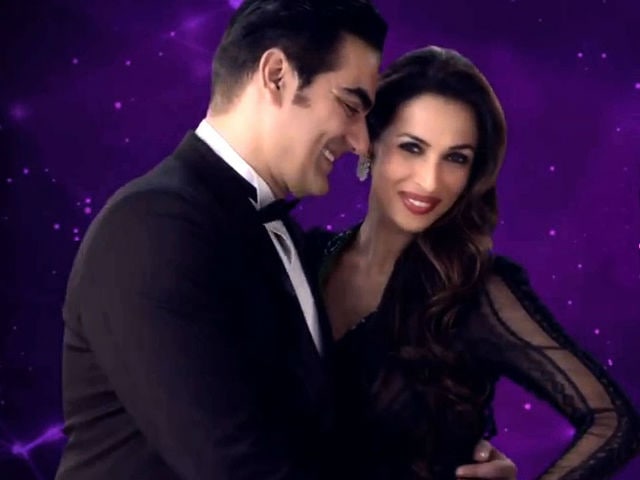 Malaika Arora Khan and Arbaaz Khan have reportedly filed for divorce in Bandra family court in Mumbai, a source told Mid-Day. Arbaaz, 49 and Malaika, 43, reportedly visited a family court with their lawyers last week. According to the Mid-Day report, they've filed for divorce by mutual consent and will have to appear in court for the mandatory counseling sessions. Malaika and Arbaaz issued a joint statement in March announcing their separation while also calling for privacy.
"Yes, it's true that we are separated. The truth is, we have taken a break, but that doesn't mean people can presume, assume and speculate things of such malicious nature. We are taking out time to figure out our lives. We have maintained a dignified silence till now but it is causing us too much confusion and is disturbing for our families. To put all of the speculation to rest, we are giving out this statement. People claiming to be our friends and sources have been speaking on our behalf giving out wrong, malicious information. They have maligned us for long and we have kept quiet and not said a word as it's a personal matter between us. We have got a child and our families are involved, but just because we have not said anything till now, it doesn't give anybody the license to speculate on any rubbish about us," read their statement published in DNA
Even after their separation, Malaika was spotted on several occasions at the Khan's residence. One such being Eid:

Last week, they also celebrated their son Arhaan's birthday together:

Malaika and Arbaaz married in 1998 and are parents to a son. Malaika has appeared in several films, like Dabangg, made by her husband and brother-in-law Salman Khan. They were last seen together on television show Power Couple, which they co-hosted for a while.