Malaika Arora Khan: My Son Not Affected by my Item Numbers 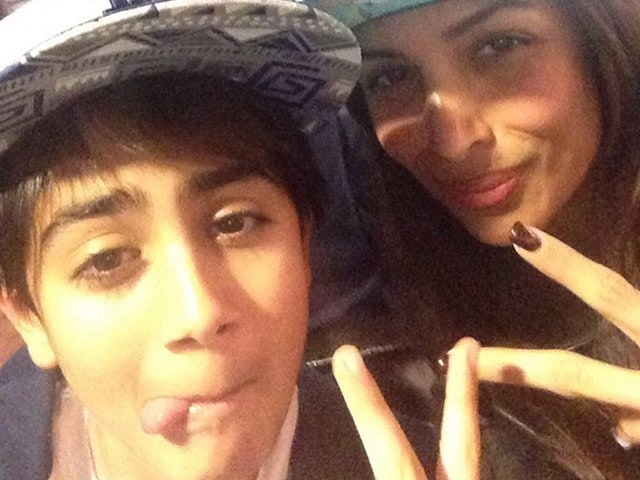 This image was posted on Instagram by Malaika Arora Khan

"If he likes the song, he comes up and says that he liked it," said Malaika

Actress-producer Malaika Arora Khan, who has changed the dynamics of item songs in Bollywood, said that she enjoys dancing and her son doesn't get affected by her work.
When asked how her son Arhaan reacts to her dance numbers, she told IANS, "He doesn't get affected by my songs. He is too tiny and young. If he likes the song, he comes up and says that he liked it.
"For me, personally I think songs are part of the film and it's fun to be a part of a song but it also depends on how it's going to be publicised and picturised. I love it and every time I get the opportunity to be a part of something, I always say yes because I enjoy it," added Malaika, who gave birth to Arhaan in 2002. (Also Read: Arbaaz Khan Says His Son Arhaan is 'Fascinated' by Films)
The term item number may be looked at in a derogatory way in showbiz, but the Chaiyya Chaiyya star said that she would like to call it a special song.
"I never look at it that way. Unfortunately, people have made it a derogatory thing. It's the way it's been used. I would call it as a special song. I hate the word 'item' song. People have made it sound like crude and crass so, I would just call it as a special song," the 39-year-old said.
Now seen as one of the judges of reality TV show India's Got Talent season 6, she says difference of opinion is bound to be there.
"We are three different people with three different mind sets, different mentality so, there will be difference of opinion while judging but, at the end of the day that's fun. It's fun when you have difference of opinion," said the dancing diva, who co-judges the show with filmmaker Karan Johar and actress-politician Kirron Kher.
"It's been great and fantastic amazing three years of great fun, tears and laughter and great talent. This time also we have lot of new talent on the show. It's new because we have not seen anything as such in the previous seasons," she shared about the new season of the talent show, which she has been judging since its fourth season.