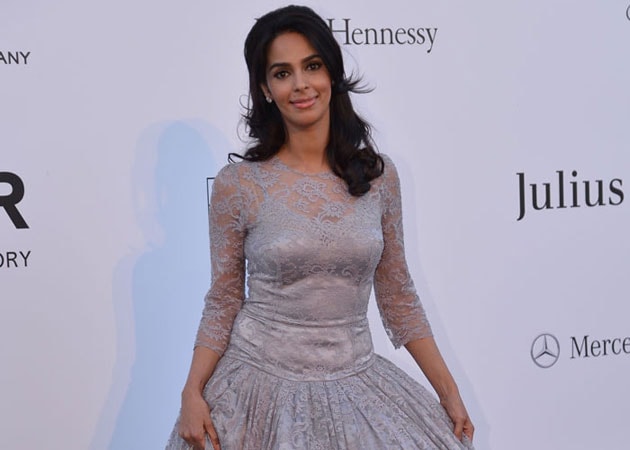 Hisss actress Mallika feels that India is a regressive society.

Bollywood actress Mallika Sherawat says she consciously divides time between LA and India because she feels her home country is a "regressive" society and finds it depressing to see the condition of women here.

Bollywood actress Mallika Sherawat says she consciously divides time between LA and India because she feels her home country is a "regressive" society and finds it depressing to see the condition of women here.
"I made a conscious decision to divide my time between Los Angeles, America and India. So, now when I experience that social freedom in America and when I go back to India which is so regressive for women... Its really depressing too see that as an independent women," Sherawat said in an interview to Variety.
The 36-year-old started her career with 2003 release Khwahish and later went on to do Hindi films like Murder, Pyaar Ke Side Effects, Ugly Aur Pagli and Double Dhamaal among others.
She bagged her first Hollywood film in 2009 named Hisss, directed by Jennifer Lynch. She later starred opposite Jackie Chan in 2010 project The Myth.
Sherawat will next be seen in Bollywood film Dirty Politics, reportedly based on the life of nurse Bhanwri Devi, who had gone missing from Jodhpur and was killed in 2011.
"It is the story of a nurse who gets involved with a politician and is murdered in the end. My character is about a women who is raped by a politician and talks about her struggle to expose him. It was not her who scandalised the society because India is such a hypocritical society where women are at the bottom as compared to men," she said while attending the 66th Cannes Film Festival.
Sherawat said the role was challenging since she had to feel the dilemmas and emotions of the character.
She also talked about restrictions she faced in the Hindi film industry, "I was the first actor in India to kiss on-screen and wear a bikini. Imagine in this 21st century... Instantly I became a fallen women and a superstar at the same time because there is a moral code about what a leading lady can do on-screen and what she cannot do."