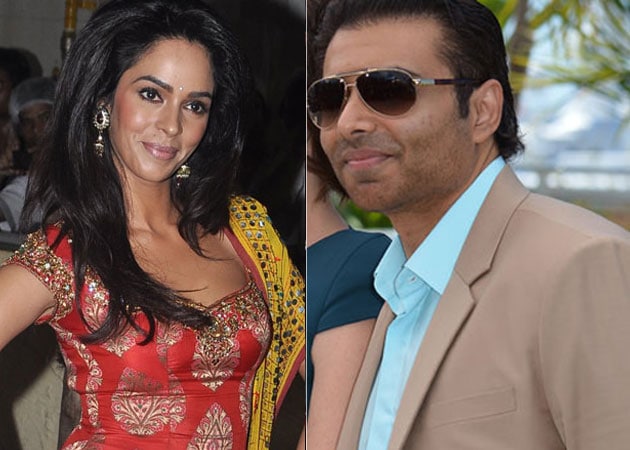 Yash Raj Films scion Uday Chopra, who is making his debut appearance at the Cannes Film Festival this year, was the first celebrity from the country to touch down in the French Riviera yesterday.

Actress Mallika Sherawat and Yash Raj Films scion Uday Chopra were the first arrivals from India to touch down in the French Riviera. (Also read: Curtain-Raiser: Aishwarya, Sonam, Mallika, Uday Chopra to Represent India)
Mallika, who arrived today and has been invited to inaugurate the Indian Pavilion at the festival, posted a selfie on Twitter:

Selfie from the French Rivera :) pic.twitter.com/tBzri3tZiu

Uday, who arrived yesterday, also announced his arrival on Twitter with a photograph. He also wrote:

While Mallika is a Cannes regular, Uday is making his debut appearance at the festival this year and is joining other A-listers such as Aishwarya Rai Bachchan and Sonam Kapoor in his capacity as producer of the festival's opening film Grace de Monaco.
Grace de Monaco, a biopic of Hollywood star-turned-princess Grace Kelly, features Nicole Kidman in the lead. YRF Entertainment, the Yash Raj Films subsidiary headed by Uday Chopra, is one of six studios credited as producers. Kanu Behl-directed Titli, backed by the Yash Raj Films and Dibakar Banerjee, will feature as the only Indian film in competition, in the Un Certain Regard section.
The celebrities, whose arrivals are keenly awaited, include Aishwarya Rai Bachchan, who is likely to walk the red carpet with husband Abhishek and possibly daughter Aaradhya, on May 16 and 17. Actress Sonam Kapoor will also reportedly walk the red carpet on May 18 and 19 as the brand ambassador of L'Oreal Paris. Freida Pinto is also likely to be seen around the same time. Mallika Sherawat has also been invited to inaugurate the Indian Pavilion at the festival. The official Indian delegation at the Pavilion will be headed by superstar Kamal Haasan.