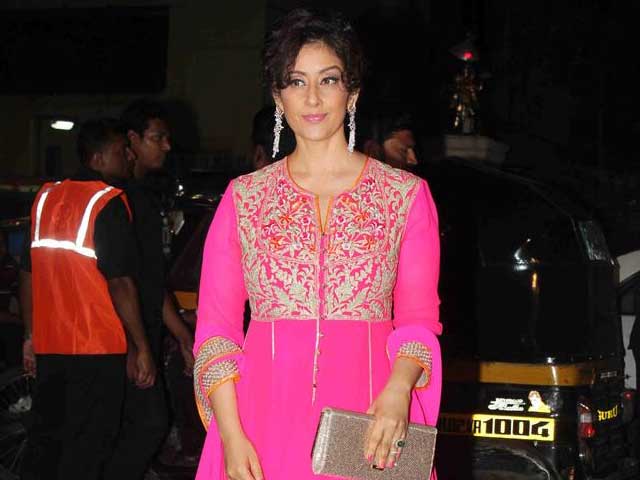 "I am truly happy to renew my partnership with UNFPA in my homeland at this crucial time," said Manisha

Bollywood star and social activist Manisha Koirala has announced her support for the UN Population Fund (UNFPA) as its Goodwill Ambassador for Nepal to work for pregnant women, new mothers and their infants, girls and young people displaced by the devastating earthquake of April 25.
"I am truly happy to renew my partnership with UNFPA in my homeland at this crucial time," said Manisha in a statement, adding that UNFPA's life-saving interventions were needed more than ever.
More than two million women of reproductive age are affected by the disaster. Many of them are at risk of unwanted pregnancies. Further, the estimated 126,000 women who are currently pregnant may need urgent care to ensure they deliver their babies safely and remain healthy after childbirth so that they can take proper care of their infants.
Women and girls at camps for the displaced or in other environments must be protected from gender-based violence, including rape, the UNFPA Nepal Office stated in a press release.
"We wholeheartedly welcome Manisha Koirala as a spokesperson for our cause," said Giulia Vallese, UNFPA representative in Nepal. "Our efforts must be sustained well into the future, and must be adequately and consistently resourced. We are very grateful to Manisha for her dedication and commitment, and look forward to working together strategically both now and in the future."
Alongside the Government of Nepal, UNFPA is helping to coordinate and provide sexual and reproductive health services for those women and girls who need them the most, including obstetric care and safe delivery for women who are pregnant, as well as a range of medical services.
Reproductive health kits procured by UNFPA are being distributed to health facilities and medical teams to provide much needed supplies and equipment as well as contraceptives.
UNFPA Nepal is also instrumental in sending out "dignity kits which contain essential items to restore a sense of dignity and well-being for displaced women and girls -- including sanitary pads, a flashlight and new clothes".
"I am struck by the impact UNFPA's work is already having in several of the most-affected districts," said Manisha.
"Dignity kits are reaching thousands of women and girls, and UNFPA's work is expanding in the days and weeks ahead. Even during an emergency it is essential that women and girls still have the choice whether or not to get pregnant, and we need to save the lives of those who are giving life. We must continue working as quickly as possible ahead of the monsoon season, which is just weeks away."