Manisha Koirala said: "I want to be there for the child, and I'll make sure that I plan my life around this" 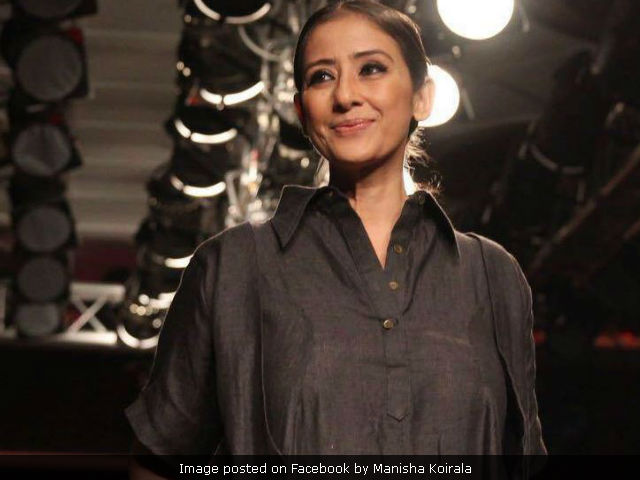 Bollywood actress Manisha Koirala, who battled cancer five years ago, said that she wants to adopt a baby girl, reports Times Of India. Manisha, 46, will be cancer-free for five years in December this year and told TOI: "If everything goes well, I'm planning to adopt a baby girl. I just hope everything goes right and it all falls into place. I want to be there for the child, and I'll make sure that I plan my life around this. I'm super excited about this new phase in my life, and I can't wait for it to begin." Manisha Koirala will be soon seen in the Sanjay Dutt biopic as his mother Nargis.
The actress also told TOIhow she plans to raise her child. "I'll pass on my wisdom and the lessons learnt out of life's experiences to her. I'll also teach her to appreciate the abundant beauty that lies in everything God has created," she said.
Actresses Raveena Tandon and Sushmita Sen adopted as single mothers several years ago. Raveena adopted Pooja, then 11, and Chhaya, then 8, in 1995. Both Pooja and Chhaya are now married. Sushmita is the mother of 16-year-old Renee, whom Sushmita adopted in 2000. In 2010, she adopted Alisah when she was all of three-months-old.
Manisha Koirala debuted in 1991 film Saudagar and went on to star in films like 1942: A Love Story, Dil Se... and Bombay. Her last Bollywood film, Chehere: A Modern Day Classic, released in 2015 and she will now be seen in Rajkumar Hirani's biopic of Sanjay Dutt playing Nargis. Ranbir Kapoor stars as Sanjay Dutt. Manisha Koirala will also feature in Dear Maya by Sunaina Bhatnagar.