Manoj Bajpayee: Commercial Cinema Does Not Have A Long Shelf Life 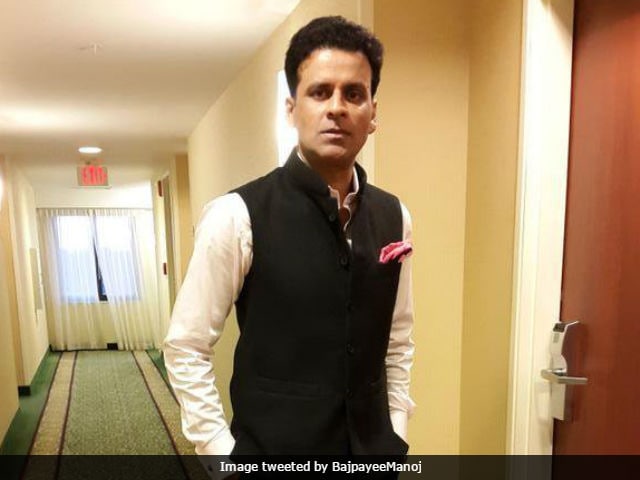 Manoj Bajpayee, whose film Naam Shabana is set to release in theatres on Friday, told news agency PTI that commercial cinema does not have a long shelf life. The 47-year-old actor believes that offbeat actors' films stay alive in the minds of the audience for a long time. "Here generally, mainstream cinema runs in theatres. And then people also watch it on TV. But after a certain point, their life gets over and that is where our film's life starts. It goes on for life," Manoj Bajpayee told PTI. He added: "It keeps on travelling all around the world. So, this is the beauty of it. We're available to people to view our films for all their lives. They keep going back to our films through some recommendation or the other. This is the beauty of these films which have a long shelf life."
The Zubeidaa actor told PTI that actors who work in offbeat films do not have 'box office weekend'. He said: "We don't have a box office weekend. Forget Friday, Saturday and Sunday. It doesn't even start from Monday. It starts when our films leave the theatre."
Manoj Bajpayee, who made his feature film debut with the one-minute role in Drohkaal, spoke about his 16-year-long journey in the industry. The Shool actor told PTI: "It'd be disheartening if your dream is to be a superstar. I was very clear and practical that I wanted to be a part of this world and this is where I wanted to reach as it's the maximum I could reach in this country and I'm very happy."
Manoj Bajpayee added: "I get uncomfortable when I get too much attention and that itself says that I'm not this star material. I'd say that I just love the art of acting and being on the set and do the stuff that I believe in."
The Aligarh actor said that he feels 'motivated' when he collaborates with the first time filmmakers and scriptwriters. "I get motivated by the content they (new comers) are coming up with and their sheer passion to tell a story and that is why I mostly either support them or I'm a part of their project. They have some serious stuff to tell. By being a part of it, not only I'd be doing favours to myself but I'll be putting one more talent in this industry who may prove to be a game changer," Manoj Bajpayee told PTI.
Naam Shabana, directed by Shivam Nair, is a spin-off from the 2015 film Baby. The film also features Taapsee Pannu, Akshay Kumar, Anupam Kher and Prithviraj Sukumaran.
Manoj Bajpayee will also feature in Ram Gopal Varma's Sarkar 3. The film, which is the third installment of Sarkar film series, stars Amitabh Bachchan, Ronit Roy, Jackie Shroff, Amit Sadh and Yami Gautam.
(With PTI inputs)