Manoj Bajpayee is 'Fearless' When it Comes to His Film Roles 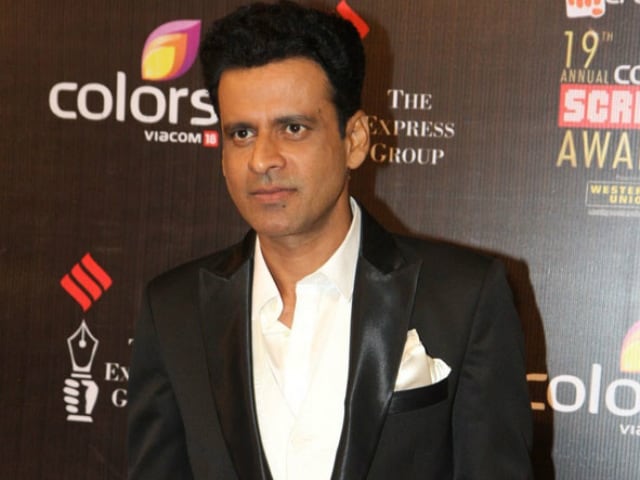 A file photo of Manoj Bajpayee.

"People have viewed it very positively worldwide and nobody cared about the sexual orientation part. Our focus was to make a film that will move the audience and we're confident it will, when it releases in India," Manoj Bajpayee said. Aligarh, which also stars Rajkummar Rao, is the opening film of 17th Jio MAMI Mumbai Film Festival

Manoj Bajpayee said that he didn't hesitate to play a homosexual professor in National Award-winning filmmaker Hansal Mehta's critically acclaimed film Aligarh, which is based on a true story.
"As a person, I'm very fearless. Nothing really scares me apart from travelling in a plane. When it comes to experimenting with films or roles, I've never worried whether it will be liked by audiences or critics. The same goes for Aligarh as well," Manoj told IANS.
In the film, the Gangs of Wasseypur star plays a character inspired from Shrinivas Ramchandra Siras, who taught at the Aligarh Muslim University and was sacked from his position on charges of homosexuality. (Also Read: Manoj Bajpayee's Role in Aligarh Made Him a 'Better Person')
"Once I was convinced about the script and vision of the director, I didn't even think about anything else. I worked fearlessly. I do films for myself and if somebody gets entertained and moved in the process, it's good for me," he said.
Manoj plays a 64-year-old in the film. He admits playing an older character wasn't as challenging as getting into its skin.
"Most actors are used to playing older roles. I don't consider it unique for this character or for any roles I've played in my career. The challenging part was to get the mannerism of this character right, and to convey the loneliness," Manoj said.
He added that it wasn't easy to adapt to the character's surroundings as it was quite different from all the roles that he has played and observed in his career.
Manoj also doesn't have any qualms about it. He's confident that the film will be received positively.
"People have viewed it very positively worldwide and nobody cared about the sexual orientation part. Our focus was to make a film that will move the audience and we're confident it will, when it releases in India," he added. (Also Read: Manoj Bajpayee's Aligarh Gets Standing Ovation in Busan Film Fest)
On working with Mr Mehta, with whom he had worked many years ago in Dil Pe Mat Le Yaar, Manoj said that he was amazed by the expertise the former has acquired over the years.
"I was moved when I watched Shahid. I wondered how much has Hansal Mehta changed as a filmmaker since his first film. The expertise he has acquired over the years was visible in his work and that convinced me to reunite with him," he said.
Aligarh, which also stars Rajkummar Rao, is the opening film of 17th Jio MAMI Mumbai Film Festival.