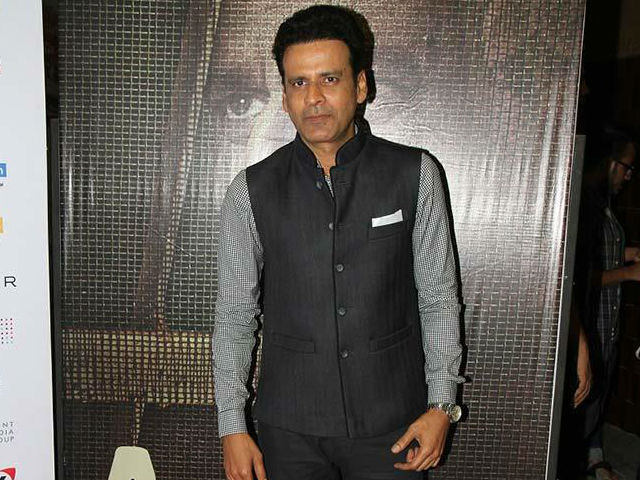 Manoj Bajpayee photographed at an event in Mumbai.

Manoj Bajpayee's next film Aligarh is based on controversial story of Professor Ramchandra Siras, who was suspended from his job for his sexuality. "We always thought we were making a film on somebody who deserved much more than what he got from the society," said Manoj Bajpayee

Manoj Bajpayee's next film Aligarh is based on controversial story of Professor Ramchandra Siras, who was suspended from his job for his sexuality, and the actor said that in the film they have not sensationalised his story.
The 46-year-old Gangs of Wasseypur actor said that director Hansal Mehta has been very responsible while making the film based on the sensitive story Mr Siras, whose privacy was threatened by certain sections of the society.
"Neither me nor Hansal are sensational by nature. We are people who take responsibility of the story as it is and doing full justice to it. This is what our endeavor has been. Hansal is known to take his stand on many political and social issues. So, it was a very smooth journey for us and we never wanted to juice it out," Manoj told PTI on the sidelines of NFDC Film Bazaar. (Also Read: Manoj Bajpayee's Role in Aligarh Made Him a 'Better Person')
"We wanted to make a great film out of it. And not for a second we thought that we were making a film on homosexuality. We always thought we were making a film on somebody who deserved much more than what he got from the society," he said.
Manoj said the film is about Mr Siras' journey and his fight for his privacy, which is his constitutional right. The actor said that the professor was not a brave fighter, rather a reluctant one.
"He was a reluctant rebel. In the film he doesn't want to get out and fight with anybody, there one small thing (privacy) that he is not getting from society. And he fought his case in High Court and got the judgment in his favour," he said. (Also Read: Aligarh Opens Mumbai Film Fest, Director Feels 'Honoured')
Taking on the lead role in a sensitive film like Aligarh was not a tough decision to make for Manoj because he considers himself 'fearless.'
"By nature I am a very fearless person. When there is a good script, I don't think twice. Also there was Hansal whom I have known for 20 years, we have worked for many things, TV and started he started his career with Dil Pe Mat Le Yaar! with me. Subject has never scared me. I was looking for a good script on the same subject and I got it with Hansal," he said.
Manoj said that Mr Mehta is a delight to work with, as he gives his actors enough scope to express themselves. "He lets you be and do your own stuff. These are the kind of directors I like to work with."
Aligarh also stars Rajkummar Rao and will release in theatres in February next year.