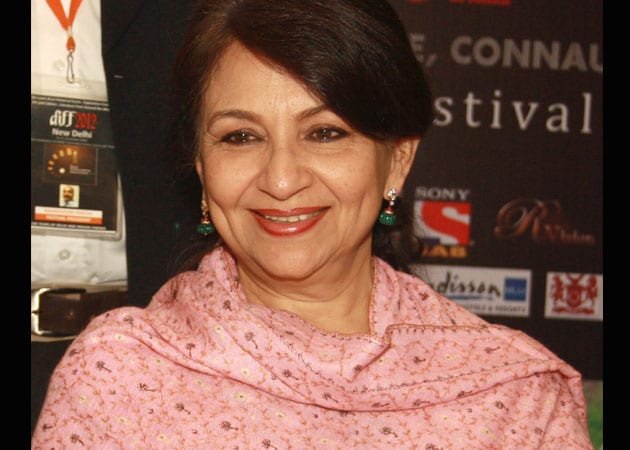 Sharmila Tagore shares anecdotes about her late husband in the book "Pataudi: Nawab of Cricket"

He was the undisputed Nawab of Indian cricket but Mansur Ali Khan Pataudi could also play tabla, harmonium and flute and was equally sporting on the dance floor with his 'hiran dance' as good as any present-day item number, says his wife Sharmila Tagore.

He was the undisputed Nawab of Indian cricket but Mansur Ali Khan Pataudi could also play tabla, harmonium and flute and was equally sporting on the dance floor with his 'hiran dance' as good as any present-day item number, says his wife Sharmila Tagore.
"When I think back on some of Tiger's attitudes, actions and reactions that were so uniquely his own, I realise how he was an excellent mix of multiple cultural influences," Tagore writes in the foreword of "Pataudi: Nawab of Cricket", an anthology of essays on the late cricketer, published by HarperCollins.
Tagore also says that punctuality was another virtue which she had to learn very quickly after her marriage to him.
"The only Bengali sentence he learnt to say was Tumi jodi poneroh minute-er modhe toiri na howe, tahole kintu ami chole jabo (If you don't get ready in 15 minutes, I am leaving) and that's precisely what he did," she recalls.
Pataudi's father introduced him to the richness and beauty of Indian classical music and at his behest, he learnt to play the flute, the harmonium and the tabla. Tiger had also great dancing skills.
"Whenever the family got together, Tiger regaled us with his 'hiran dance', which could compete with any present-day item number, and his hilarious 'Hawa mein udta jaaye' caper. Another oft-repeated favourite was the cricket dance.
"Tiger was a great Lata (Mangeshkar), Talat (Mahmood) and (Mohammad) Rafi fan and it was he who introduced me to Begum Akhtar. He was equally sporting on the dance floor if Harry Belafonte or Ella Fitzgerald were belting out their numbers," she writes.
Another incident which Tagore mentions in the foreword is her photograph in a bikini that was carried on the cover of a film magazine during her acting days that created a lot of furore.
"It was still early days in our relationship, he was playing at Hove for Sussex, and I was shooting for An Evening in Paris in Europe. He sent me a telegram that read: 'Relax! You could only be looking very nice.' Simply that."
On her association with Tiger, she writes, "I had loved Tiger for 47 years, was married to him for almost 43. We didn't make it to 50. But it was a memorable partnership; certainly, an enriching one for me."
He had a form aversion to cuss words."This always surprised me, given that he spent most of his youth away from parental proprieties. There was a time in my life when I used the word 'crap' regularly and unthinkingly. One day he asked me, 'But do you know what it means?'
"And I must tell you, I stopped using it almost instantly on discovering that minor detail. He would allow himself an 'O Christ!' in moments of surprise and exasperation. That was the most extreme expression of dissatisfaction I heard through all our years together," she says.
The book also has essays by Pataudi's daughters Saba and Soha Ali Khan besides a host of cricketers and writers.