Marathi Movies Order Divides Bollywood; On Twitter, the Case For and Against 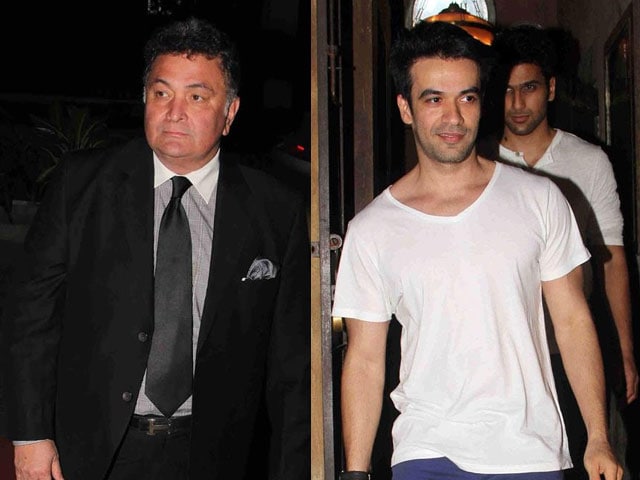 The BJP government in Maharashtra yesterday ordered that Mumbai multiplexes reserve a screen between six and nine pm every day to show a Marathi film. Bollywood debates on Twitter

In a show of regional pride, the BJP government in Maharashtra yesterday ordered that Mumbai multiplexes reserve a screen between six and nine pm every day to show a Marathi film. Predictably, this has left social media divided.
"We just want to promote Marathi films, why the opposition?," Maharashtra's Culture Minister Vinod Tawde told NDTV.
He found support from several Bollywood quarters, among them actor Riteish Deshmukh who made his Marathi language debut in last year's Lai Bhari. On Twitter, he described the announcement as 'welcome news.'
Actors Rishi Kapoor and Kabir Bedi, directors Onir and Vivek Agnihotri and Marathi actress Usha Jhadav also tweeted a stamp of approval.

Ritesh Deshmukhs film in Marathi was a super hit. So were others. So welcome all. We are all equal here in cinema. May the best win!

Nothing wrong in CM @Dev_Fadnavis mandating multiplexes to show #MarathiCinema at prime-time, in one of their theatres.

Appreciate the move by the govt of Maharashtra to support #Marathi Cinema . Regional cinema all over the country needs state support.

#Marathi cinema in the recent years have had some beautiful films. They need to be given the screen space to make regional cinema flourish

I don't see what's wrong if Marathi film industry gets impetus. Isn't that everyone wants? Only if they can add Indies(non-starrer) with it.

Dear Outragers, its compulsory for Multiplexes who got incentives in the name of Marathi cinema. You don't have to see it if you don't want.

Ok, you don't want special push for Marathi Cinema. Next time don't crib when multiplexes take out your film unceremoniously.

Good decision by Maharashtra Govt. Why to debate on it? It is encouraging for Marathi Cinema.

Not everyone was as welcoming. Director Punit Malhotra tweeted:

I don't think my cable network shows any Marathi channels in HD. Should we do something about that as well?

These tweets from Shobhaa De criticising the move were raised in the Maharashtra assembly with a lawmaker demanding a privilege motion against her and an apology:

Devendra 'Diktatwala' Fadnavis is at it again!!!From beef to movies. This is not the Maharashtra we all love! Nako!Nako! Yeh sab roko!

I love Marathi movies. Let me decide when and where to watch them, Devendra Fadnavis. This is nothing but Dadagiri.

No more pop corn at multiplexes in Mumbai? Dahi misal and vada pav only. To go better with the Marathi movies at prime time .

Why only 1 show of a Marathi film? Deserves much more respect & dignity. Theatre owners shud be involved 2 achieve this goal. #MarathiCinema

While also identifying gaps in arts and culture achievements in Mumbai:

Thank you @TawdeVinod@Dev_Fadnavis for a much deserved memorial to honour #RKLaxman in #Mumbai.

Thank you @vinodtawde@Dev_Fadnavis for setting up a #Dramaschool in Filmcity Mumbai on the lines of NSD.

If @Dev_Fadnavis is serious about promoting Marathi cinema, he should announce a grant for filmmakers who develop & produce Marathi movies

Yesterday, Mr Tawde said that the previous government, a coalition of the Congress and Sharad Pawar's NCP, also made it mandatory for cinemas to show Marathi films but the rule was circumvented by owners "who only want to make money" by screening the regional films at odd hours. "So we made it mandatory during prime time," said Mr Tawde. The minister added that the government is considering a move to make it "compulsory for all multiplexes to show a small film on (legendary director) Dadasaheb Phalke" before the main movie begins.