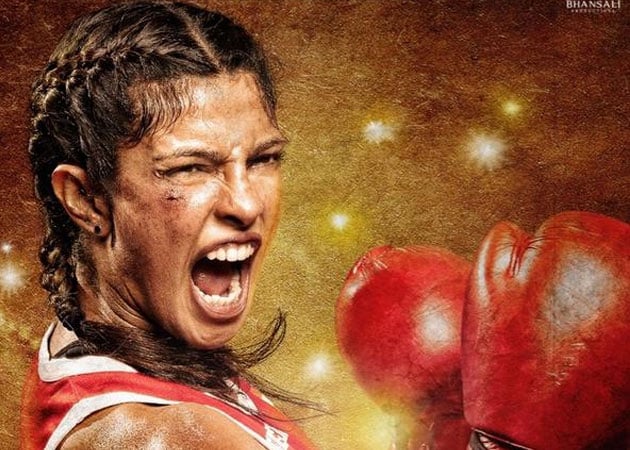 The first full-fledged trailer of Mary Kom, cut by producer Sanjay Leela Bhansali, will be launched by July 24.

The first full-fledged trailer of Mary Kom, cut by producer Sanjay Leela Bhansali, will be launched by July 24.
The first teaser of Omang Kumar directed film was released on Priyanka Chopra's birthday on Friday and it has got rave reviews by all and sundry. (Also read: On 32nd Birthday, Priyanka Chopra Treats Fans With Mary Kom Teaser )
The actress plays titular role in the movie co-produced by Viacom18 Motion Pictures and Sanjay Leela Bhansali Productions, and directed by Omung Kumar.
Ajit Andhare, COO Viacom 18, said, "We're thrilled with the astounding response to the poster and teaser which we had titled Mary Kom Punch. These have set us up very well for the trailer, which will be out later this week. We've titled the trailer Mary Kom knock-out. The first round is won and we're looking forward to the next."
Omang Kumar is "very happy" with the response.
"After a long time there has been a frenzy of this sort surrounding the release of a poster. It felt good to hear all the fabulous comments. We had to live up to people's expectations with the teaser also. I think we succeeded in doing so. Now we have the trailer coming up. I am very excited. It's been a long wait for me. I can finally showcase my work to the world," he added. (Also read: Mary Kom Makers: Will Try Our Best For Manipur Release )
The film on the Olympic bronze medallist is due to release on October 2.