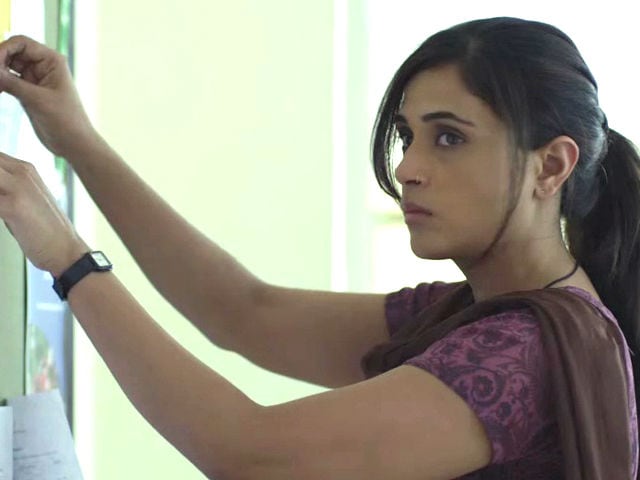 Richa Chadha in a still from Masaan.

"Masaan gave me more than what I expected. It's hard to find someone who disliked the film. Even all the reviews have been mostly positive and very good. We are now looking to release the film in US and UK and a few other European countries," said director Neeraj Ghaywan

Filmmaker Neeraj Ghaywan believes his award-winning independent film Masaan, which has been unanimously appreciated worldwide, has given the first time director more than what he ever anticipated.
"Masaan gave me more than what I expected. It's hard to find someone who disliked the film. Even all the reviews have been mostly positive and very good," Neeraj told IANS on the sidelines of the ongoing 17th Jio MAMI Mumbai Film Festival.
At Cannes International Film Festival earlier this year, the film won the FIPRESCI Prize in the Un Certain Regard section and a 'Promising Future' Award for Neeraj. (Also Read: Richa Chadha on Sexuality and How Masaan is 'Like a Good Cry')
Having completed its successful theatrical run in India, the film now gears up for international release. "We are now looking to release the film in US and UK and a few other European countries," he said.
The success of Masaan has come at a time when audiences have shown more inclination towards independent films.
"Multiplex audiences are looking for change because they're bored with Bollywood, which has become extremely formulaic as they mostly recycle older films and hence lack novelty. This is why films such as Kaaka Muttai and Masaan did so well," he said. (Also Read: Masaan Not About India's 'Peddling Poverty, Says Neeraj Ghaywan)
He believes for Indian audiences who are exposed from films from across the globe, indie films are the parallel they seek.
Digital medium, Neeraj feels, has played an important role in the success of independent films.
"Digital platform and digital filmmaking has spearheaded the indie movement. With digital camera, it's become easier for filmmakers to shoot and use the digital platform to promote and distribute," he said.
"Indie films don't have the budget to spend lavishly on publicity and marketing, so social media comes in very handy for them," said Neeraj, who is currently working on the script of his next film.
He is still unsure if it will be a project along the lines of Masaan. "I'm sure it will have the indie spirit and will be made with realism," he concluded.
Masaan featured actors Richa Chadha, Vicky Kaushal, Sanjay Mishra and Shweta Tripathi.