Masaan Row: Money Can Own a Film But Not Its Spirit, Says Director

"This is not just about Masaan. It is about every writer/editor/director's right to have a say in the cut made by a producer. Money can own a film but not its spirit. I don't want to argue on this matter anymore if you just don't get it," said Neeraj Ghaywan 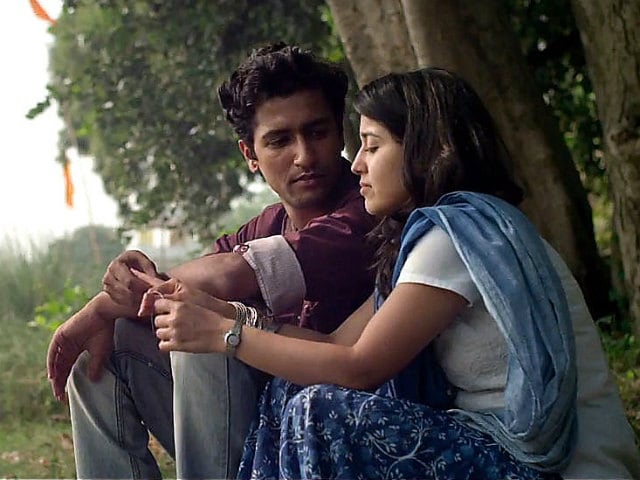 A still from Masaan.

After Anurag Kashyap and Neeraj Ghaywan raised objections over free online streaming application Hotstar playing a tampered version of their National Award-winning film Masaan, they are caught up in a war of words with co-producers Drishyam Films.
Masaan was made available on Star network's streaming app, but Mr Ghaywan and Mr Kashyap were upset that it wasn't shown as it is meant to be.
However, Shiladitya Bora, CEO, Drishyam Films, which co-produced Masaan, clarified that the cuts had been made in full knowledge of the whole team, including the film's director.
Mr Kashyap, whose Phantom Films co-produced the multiple award-winning 2015 film along with names including Drishyam Films and Sikhya Entertainment, gave a straight response to Mr Bora to "own up to your mistake or sue me", while Mr Ghaywan again raised a few questions and summed up by saying that the cuts are "barbaric" as "money can own a film but not its spirit".
Apart from the director, producer Mr Kashyap expressed his views on Twitter and even urged viewers to either watch the film on DVD or download it illegally via torrents.
Here's the official statement from Drishyam Films on the censoring issue around Masaan: "Neither has Drishyam Films nor has Hotstar executed any cuts voluntarily. Moreover, the cuts were made only by the Central Board of Film Certification in order to give the film a U/A certification."
Mr Bora, through the statement, clarified that "through requests made to the director of the film, Neeraj Ghaywan via email and regular telephonic follow up, we had time and again asked him to provide his version of cuts in the movie. Therefore, to make a statement on social media that the cuts were made without his knowledge is completely false and baseless."
Drishyam Films denied all allegations made by Mr Ghaywan and Mr Kashyap, with a warning that legal action will be taken if need be.
In reply to Bora's accusation, Ghaywan questioned: "When did you check with me to make the satellite cuts? Do you have an email or SMS conversation asking me to suggest how do we go about the satellite version to be sent for certification?
"Are you saying you sent the adult certified film to CBFC (as we saw in theatres and DVD) and they came back with all the cuts that we see now on Hotstar? Are you saying you haven't made any interim cut ahead of sending it for UA certification?" Mr Ghaywan also clarified what Mr Kashyap meant by his tweet.
The tweet however has been deleted now.
Mr Kashayp also tweeted this:


The Masaan aspect ratio is being corrected and I have been told that one is looking into where what went wrong. Hope it all works out.

"You are reading Anurag's tweet the wrong way, like most trolls did. What he intended was to say that it is better to watch a pirated DVD or on torrents than watching the mutilated cut. This doesn't imply him asking people to watch it on torrents. It was a manner of sarcasm to make a point," Mr Ghaywan said in Mr Kashyap's support. (Also Read: Masaan Actor Vicky Kaushal Says Anurag Kashyap is His 'Mentor')
Mr Ghaywan also stressed that "the way the film is uploaded, it completely alters the film with even a 5-6 minute cut down."
Mr Ghaywan concluded the war of words by saying: "A person watching Masaan for the first time with these cuts will never understand or sympathise with Devi's story. It is barbaric."
"This is not just about Masaan. It is about every writer/editor/director's right to have a say in the cut made by a producer. Money can own a film but not its spirit. I don't want to argue on this matter anymore if you just don't get it. You can email me if you feel like, but I am done here," said the director.