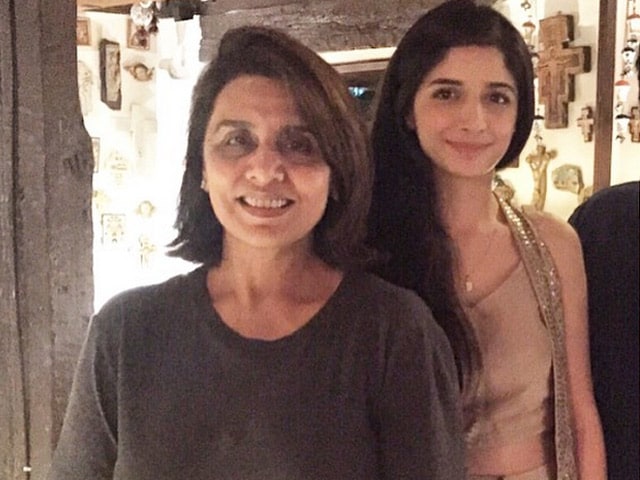 This image was posted on Instagram by Mawra Hocane

Veteran actress Neetu Singh celebrated her 57th birthday on July 8 and among those who wished her was Pakistani actress Mawra Hocane - a self-confessed fan of Neetu's actor son Ranbir Kapoor - who went to wish the birthday girl in person.
Mawra, dressed in an outfit by Zainab Sajid, has reportedly bagged a role opposite Ranbir and will soon make her Bollywood debut. 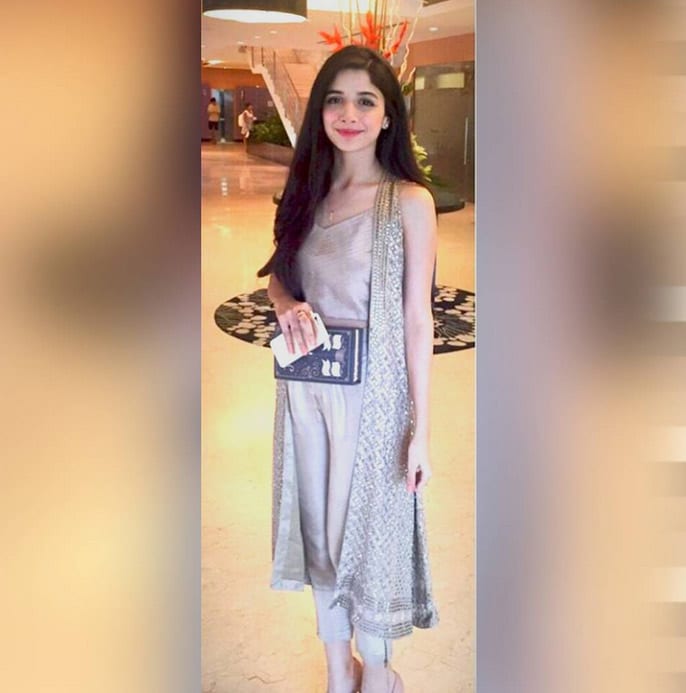 Image courtesy: Pakistani Showbiz
A small celebration was hosted by the family at a restaurant in Mumbai's Taj Mahal Palace. Neetu's daughter Riddhima also joined the festivities with her husband Bharat Sahni and daughter Samara. Rishi Kapoor's sister Rima Jain was also at the party.
Rishi Kapoor had wished Neetu on Twitter:

Riddhima also shared several images of Neetu enjoying her day with her near-and-dear ones:
Image courtesy: Riddhima Kapoor Sahni
Meanwhile, Ranbir will next be seen opposite ex-flame Deepika Padukone in Tamasha.