Anjali Lama will become the first transgender model to walk at Lakme Fashion Week in Mumbai. She was born in Nepal. Anjali was ostracised by her family members after she revealed to them that she wanted to live as a woman 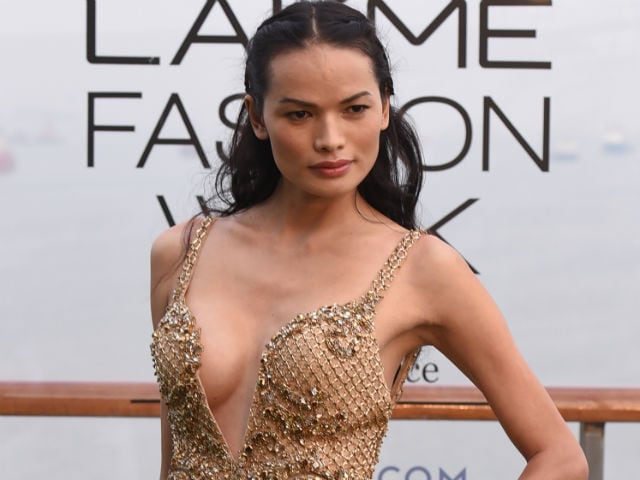 A Nepali who will become the first transgender model to walk the runway at an Indian fashion show hopes to inspire other victims of gender identity discrimination across conservative South Asia. Anjali Lama, who was born a man in rural Nepal, was ostracised by members of her own family after telling them twelve years ago that she wanted to live as a woman. She overcame abuse and prejudice to become the Himalayan country's first transgender model and is now preparing to strut the catwalk at Lakme Fashion Week in Mumbai, India's premier fashion show, next month. "Growing up in Nepal as a transgender was extremely difficult," Anjali, 32, told AFP in an email interview ahead of the fashion extravaganza, which runs from February 1 to February 5.
"In South Asian countries people still aren't that accepting, they treat it like an illness. The public looks at you differently and treats you in a different manner." 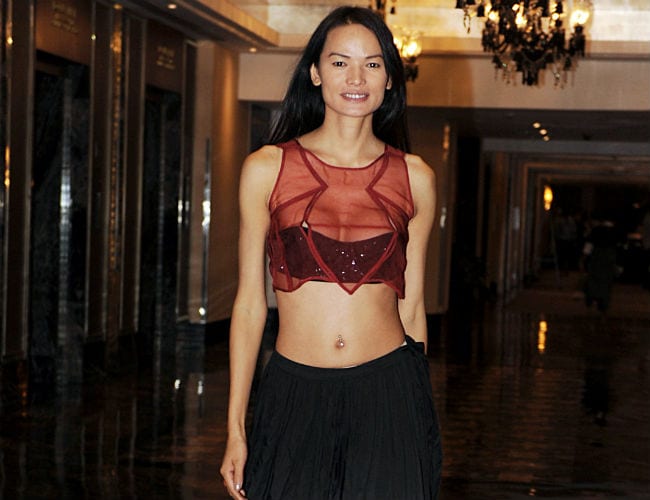 Anjali Lama at one of Lakme Fashion week's events

"One has to stay strong and reach out for their dreams," she added. Anjali was born Nabin Waiba to a family of poor farmers in remote Nuwakot in mountainous Nepal.
But she always knew that she had been born in the wrong body and in 2005 took the decision to dress as a woman for the first time. "I knew I couldn't feel like another person living in someone else's body. Hence, I was ready to face the cruel words that people threw at me," said the model.
"Most of the people, including my own brothers, weren't ready to accept me for who I was. I had to stay strong and believe in myself. My mother and sisters were the only ones who supported me throughout."
Anjali found some acceptance in Kathmandu, where she moved to study, and later became an activist for an LGBT rights group called Blue Diamond Society.
She underwent partial sex reassignment surgery in 2009 and her interest in modelling was piqued the following year when she was pictured on the front cover of a magazine featuring an article about transgender people.
- New York, Milan, Paris? -
It spurred her to pursue a career in modelling full-time. She enrolled in classes but initially found work hard to come by. "I was getting rejected because of my identity and that was extremely disheartening," said Anjali, who has established herself as a successful model in her native Nepal over the past couple of years.
In 2014 she featured in a documentary titled "Anjali: Living Inside Someone Else's Skin" in which she said she hoped to become completely female one day -- an operation that is financially out of reach for most Nepalis. 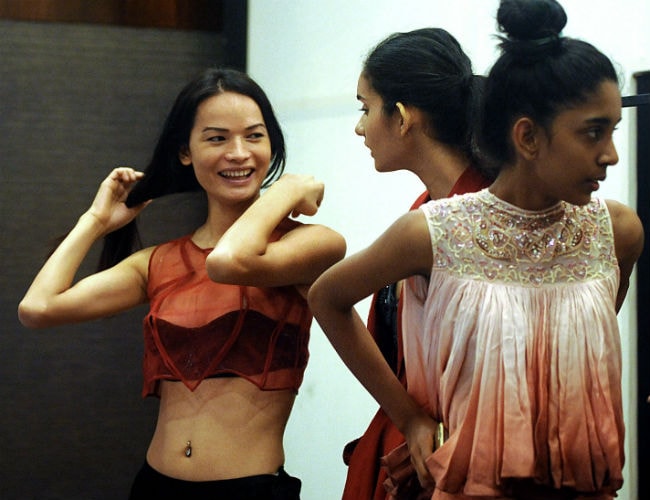 Anjali Lama at one of Lakme Fashion week's events

Her recent success has come as Nepal has increased its recognition of transgender people. In 2015 the country, which allows citizens to choose their sex, started issuing third gender category passports for those who identify themselves as transgender.
"With the changing times people have become more accepting," explained Anjali.
Manisha Dhakal, one of the founders of the Blue Diamond Society, said Nepal's government needed to do more to provide equal opportunities in education and employment for transgender people. To get the acceptance in society we need to be economically empowered," she told AFP.
In neighbouring India, "Hijras" have also long complained of discrimination and marginalisation. They are recognised as a third gender but are often shunned from society with some forced into begging or prostitution.
Anjali -- who said it would be a "dream come true" to follow other transgender models onto major catwalks such as New York, Milan and Paris -- hopes her turn at Lakme Fashion Week will make a difference in the battle for acceptance.
She added: "I do hope to be an inspiration for other transgender people. I'd like to tell them to always believe in themselves and to work towards their goals."
© 1994-2017 Agence France-Presse
(Except for the headline, this story has not been edited by NDTV staff and is published from a syndicated feed.)